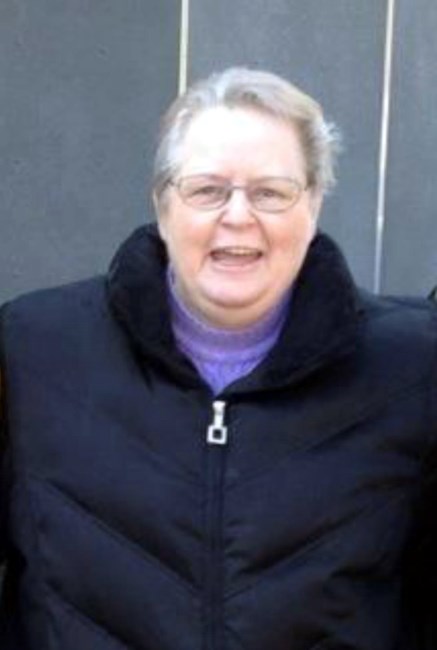 Frances A. Forgeron (Webber), age 80 of Mashpee Massachusetts passed away Monday January 23, 2023. Frances was born December 15, 1942. Frances was the beloved wife and best friend of her late husband Stephen John Forgeron. Devoted mother of Linda (Forgeron) Trabucco and her husband Daniel of Pembroke, Stephen Forgeron jr. and his wife Elaine (Osborne) of Colorado, Christopher Forgeron, and his wife Toshiko (Fujita) of Weymouth. Cherished grandmother of Christina, Ryan, Brendan, Casandra, Samantha, Skyla and Lia, and her great-grandchildren Aaliyah-Marie and Luca. Beloved daughter of Edwin Webber and his wife Mary, both late of Roslindale. Loving sister of Edwin Webber and his wife Nancy of Stoughton, Collen Vanvoorhis (Webber) of Roslindale, Joyce Brown (Webber) of West Roxbury, Brenda DiPiro (Webber) of Roslindale, Michael Webber and his wife Elaine of Walpole. Frances was born in Boston, raised in Jamacia Plain and attended the girls trade school. Fran and Steve were married on May 9, 1964 and were together for the next fifty eight years, living in Jamacia Plain, Dorchester and Braintree until their retirement in Mashpee. As the children came into their marriage, Fran would find herself raising them herself for stretches of time while Steve was on sea duty for the Navy. She was a longtime worker for Sears in the Fenway section of Boston and later worked at Harvard Vanguard in Braintree. In later life Fran’s health began to decline slowly and this past year both her and Steve spent most of their time in separate medical facilities, this separation had the effect of saddening and weakening them both. Steve passed away in August and Fran followed him five months later of a broken heart. Frances will be missed by all that knew and loved her. A Mass of Christian burial will be held at St. Patrick’s Church 511 Main Street Falmouth, MA 02540 on Thursday February 2nd at 11am. Burial will follow at Massachusetts National Cemetery 1:30pm. Visitation will be held Wednesday February 1st from 4-7pm, Nickerson-Bourne Funeral Home, 40 MacArthur Blvd. Bourne, MA. The National Cemetery only allows two flower arrangements (no Glass), all other flowers will be donated to St. Patrick’s Church.
See more See Less

In Memory Of Frances A Forgeron