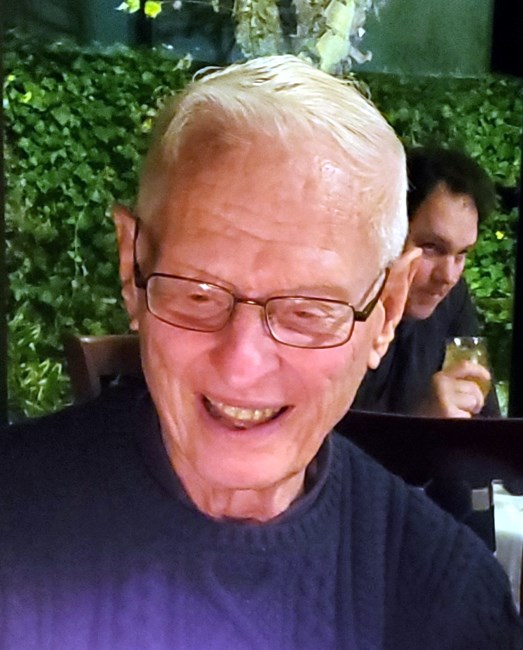 Frank Hampson of Pocasset, MA, age 93, died peacefully on Sunday, January 22, 2023. Frank lived his early years in western Massachusetts. Frank was educated at the Phillips Exeter Academy, Harvard University, and the University of Massachusetts. His passion for working with plants led him to earn a bachelor’s degree in horticulture. Frank married his childhood sweetheart Paula, whom he had known since age 4. They moved to eastern MA and started a family. He established a large wholesale flower growing greenhouse business, primarily growing carnations for the florist trade. The family spent summers and weekends on Cape Cod with Frank enjoying a cooling dip in the sea after working in his blazing hot greenhouses. After spending most of their summers on Cape Cod, in midlife, Paula and Frank moved to Cape Cod full time. Frank turned his exceptional horticultural skills to creating exquisite gardens and floral art for Paul and Rachel “Bunny” Mellon at their estates in Osterville and Antigua, as well as for visitors Jacqueline Kennedy Onassis, Prince Charles and Princess Diana, Hubert de Givenchy, and other internationally well known people. His creations delighted all who experienced them. Frank had a deep love for nature and New England, especially Cape Cod. He and Paula loved to travel and were frequent visitors to the Maine coast. Frank loved grilling at family outdoor barbecues. One day, he was shocked and the family was out of a meal when a seagull flew off with a large New York sirloin steak straight from the hot grill. Every year, he would make his signature clam chowder from quohogs he dug from the local beach. You could always light up his face to a full grin by giving him a coffee roll, otherwise known as a “fun bun.” Frank was beloved by many people for his sweet charm, sunny greetings, funny quips, and devilish humor. He was an extraordinary horticulturist and plantsman who left the world a better place with the beauty of incomparable gardens and flowers. A memorial service will be held on Saturday, February 4, 2023, at the Nickerson-Bourne Funeral Home, 40 MacArthur Blvd., Bourne, MA, from 1-4 pm. Frank is preceded in death by his beloved wife, Paula, his brothers Clinton, Roy, Robert, and George, and his sister Milada. He is survived by his son Brad, daughter-in-law Odette, daughter Valerie, grandson Kenneth, granddaughter Ashley, grandson-in-law Douglas, nieces, and nephews. The family extends very special thanks to his beloved caregiver Suzanne for all her help.
See more See Less

In Memory Of Frank R. Hampson