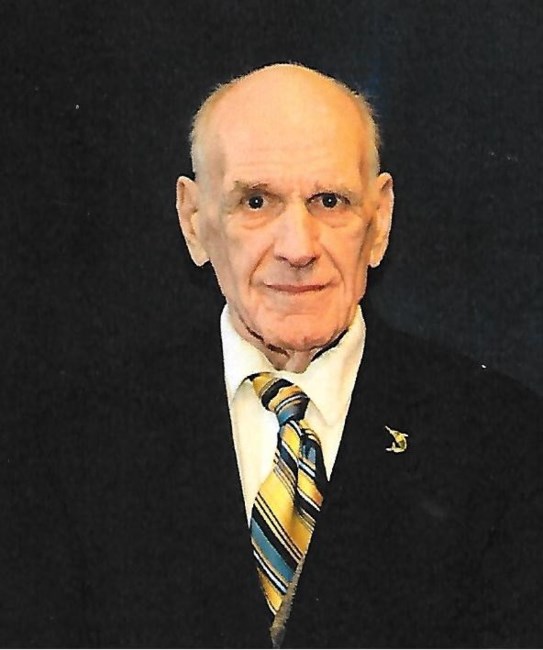 Herbert W. Ellis, 94, of Sagamore Beach, passed away peacefully on Friday January 13, 2023 at his home. Born in Sagamore Beach on October 22, 1928, Mr. Ellis was the son of the late Leslie and Mildred (Winslow) Ellis. He was a graduate of Bourne High School and enlisted in the Army and Served as a Sergeant during World War II. He provided “on call” fireman duty to the town of Bourne for many years. Mr. Ellis raised cranberries and was very successful. He loved to hunt, fish, garden, and enjoyed woodworking. He was a member of the DeWitt Clinton Masonic Lodge in Sandwich for many years, and served as a worshipful master in 1985, and was also a member of the Allepo Shriners club for many years. He was a member of the Swift Memorial Methodist Church in Sagamore Beach. He is survived by his wife Jean Trench Ellis and sister Janice (Mrs. Wayne) Terrill. He is also survived by many nieces and nephews. He is preceded in death by his first wife Margaret (Doyle) Ellis, brothers Edward Ellis and Leslie F. Ellis Jr, nephews Wayne Terrill Jr, and Keith W. Ellis Sr. He will be profoundly missed by all that were blessed to know him. Visiting hours will be held at the Nickerson Bourne Funeral Home, 40 MacArthur Blvd, Bourne from 4 to 6 PM on Sunday, January 22. Funeral services will be held at 10:30 Monday, January 23 at Swift Memorial Methodist Church, Sagamore Beach immediately followed by brief refreshments. Burial will take place at 12:30 at the Massachusetts National Cemetery in Bourne.
See more See Less

In Memory Of Herbert Winslow Ellis