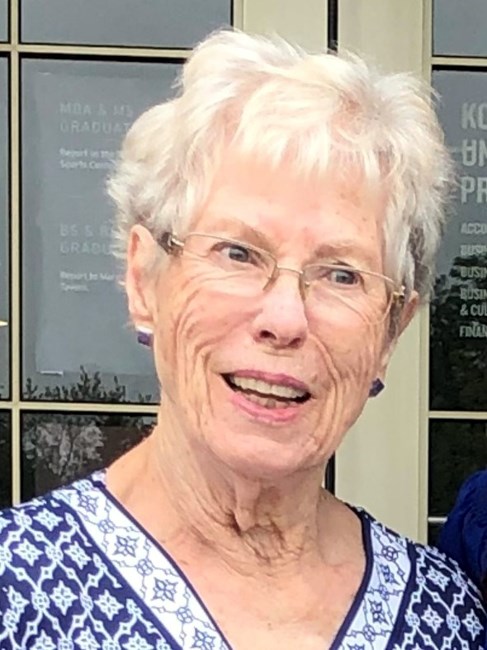 May Jensen Anderson, 96, of Monument Beach passed away peacefully on Wednesday September 14, 2022. She was born in Pawtucket, RI on May 21, 1926. She was the daughter of the late Harbo Jensen and the late Inga (Andersen) Jensen. On September 18, 1948 she married the late Roy Bertil Anderson, her husband of 63 years. She graduated from Newton High School in 1944 and received an Associate Degree from Endicott Junior College, Beverly in 1946. She worked in the Wayland school system for several years before pursuing a career in banking. She spent her retirement in Cape Cod and North Port, FL where she enjoyed gardening, volunteering, golfing, playing tennis and pickleball. She was a long time member of the Bourne United Methodist Church and volunteered in the church’s thrift store. She is survived by her four children, son Steven and his wife Cheryl of Franklin MA, son Gregg and his wife Maryjo of Sandwich MA, daughter Susan Pavlakis and her husband Paul of Bethel CT and daughter Kristen Newcomb and her husband Roger of East Hampstead NH, her brother Harbo Peter Jensen and his wife Tyna of Novato CA, two nephews and two nieces. She is predeceased by her sister Grace (Jensen) Stenquist. “Mummum” to her grandchildren Kurt Anderson, Cliff Anderson, Keith Anderson, Caryn (Anderson) Fisher, Danielle (Anderson) Schleiff, Kyle Anderson, Lauren Anderson, Courtney Newcomb and Casey Newcomb and her great grandchildren Camden and Olivia Anderson, Molly and Tommy Anderson, Annalise and Matthew Anderson and Connor Schleiff. Visiting hours will be held on Saturday October 15, 2022 at 12:00 p.m. followed by a celebration of life service at 1:00 p.m. at the Nickerson-Bourne Funeral Home, 40 MacArthur Boulevard, Bourne MA. A private burial in Massachusetts National Cemetery, Bourne will follow at a later date. In lieu of flowers, donations may be made to Friends of Bourne Food Pantry or the charity of your choice.
See more See Less

In Memory Of May J. Anderson