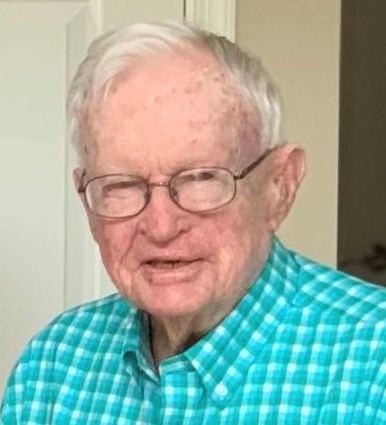 Paul F Dawson, 98, of Sagamore Beach and Buzzards Bay. Beloved husband for 65 years of the late Rita (O’Hara). Devoted father of Jim and his wife Elaine, Paul and his wife Maryellen, Peter and his wife Maura and John and his wife Lori. He is also survived by 8 grandchildren, 4 great-grandchildren and many nieces and nephews. Paul was a World War II veteran serving in the U.S. Army Signal Corps in both Manila and Tokyo. He received degrees at both Boston College and Harvard University and for 33 years worked in the Cambridge Public Schools both as a teacher and administrator. Paul was the family’s North Star. Always teaching by example and actions versus words and lectures. Paul always did the right thing, regardless of cost, consequence or convenience. Paul loved life! After retiring in 1983 Paul and Rita traveled the world. Through cruising and Elder Hostels, they traveled throughout Europe and most of the U.S. Back on Sagamore Beach he enjoyed fixing up the house he helped build. He liked to live off the land and sea. He enjoyed gardening and spent many a day picking blueberries and cranberries. The clams, scallops and oysters that he harvested were a staple at dinner. In 2017 Paul and Rita moved to Keystone Place in Buzzards Bay. He adjusted to the new surroundings and enjoyed many new friends and was known as the mayor of Keystone. This was a new audience for his wit, puns and humorous stories. Paul and Rita loved to dance and spent many a night traveling around the Cape to dance to live music. This was his passion and on cruises Paul and Rita would often dominate the dance floor to the admiration of fellow passengers and crew. Visitation will be held on Monday from 9:30am-10:30am at Nickerson-Bourne Funeral Home, 40 MacArthur Blvd. in Bourne. A funeral Mass will be held at 11:00am at St. Margaret’s Church, Buzzards Bay. Committal service will be held at Massachusetts National Cemetery, Bourne, MA. In lieu of flowers, donations may be made to Beacon Hospice, 32 Resnick Road, Suite 3, Plymouth, MA. 02360. For guestbook and directions please visit https://www.dignitymemorial.com/funeral-homes/bourne-ma/nickerson-bourne-funeral-home/6869 Fond memories and expressions of sympathy may be shared at www.nickersonbourne.com for the Dawson family.
See more See Less

In Memory Of Paul F. Dawson