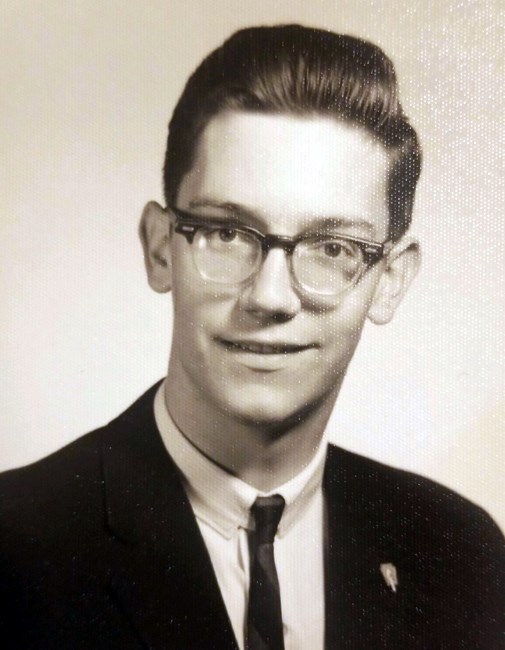 Dennis Paul Dean passed peacefully and entered eternal rest on March 4, 2022. He is survived by his brother Paul, his nieces Pamela, Jennifer (Romney), Rachel, and his nephew David. Dennis cherished his nieces and nephews, and was blessed with a second generation - his great niece, Madison, and great nephews Luke, Joseph, and Daniel. He is also survived by a host of cousins. Preceded in death by his mother and father, Margaret and Paul, and his brothers, Douglas and Donald. He had great admiration for his parents, brothers, nieces, nephews, and extended family. Dennis’s love of history and desire to be present in the lives of his brothers, nieces, and nephews will be sorely missed. He was a humble and hard-working man who experienced a lot of life in his 75 years. A proponent of higher education, Dennis received his undergraduate degree from the University of Maryland, followed by his law degree from Georgetown Law School in Washington D.C. On the road to becoming a lawyer, he was drafted into the Army during his first year of law school. He served at Fort Bragg, and at an Army base in Germany. Upon his return to the United States, Dennis re-enrolled in law school, earned his law degree, and worked for various Washington, D.C. based law firms. The majority of his career was spent working as a lawyer for the United States Veterans Administration in Washington D.C.. Dennis was a long-time resident of Greenbelt, Maryland. His faith was very important to him and he was a devoted parishioner of St. Hugh of Grenoble Catholic Church. In his free time, he enjoyed weekends with his family, world exploration, reading, and brushing up on history. Sunday morning brunches were a staple in Dennis’s life, he would sit around the table and regale his brothers, nieces, and nephews with family stories over his favorite breakfast, - eggs Benedict. Dennis traveled to see many of the world's treasures, from various European cities to the Panama Canal. He read every book available in the library near his home, and would often visit libraries near family members' homes to check out new books. Dennis was a huge believer in family, and was known as the historical keeper of all family history. He will be sorely missed by those who loved him so dearly. A celebration of Dennis’s life will be held at 10:00am on March 14th, 2022 at St. Hugh of Grenoble Church in Greenbelt, Maryland. Dennis will be laid to rest next to his mother and father at Fort Lincoln Cemetery in Bladensburg, Maryland on March 14th, 2022 at 1:00pm. In lieu of flowers, donations can be made to St. Jude’s Children’s Research Hospital, St. Hugh of Grenoble Catholic Church, or Hospice of the Chesapeake in Dennis’s honor.
See more See Less

In Memory Of Dennis Paul Dean