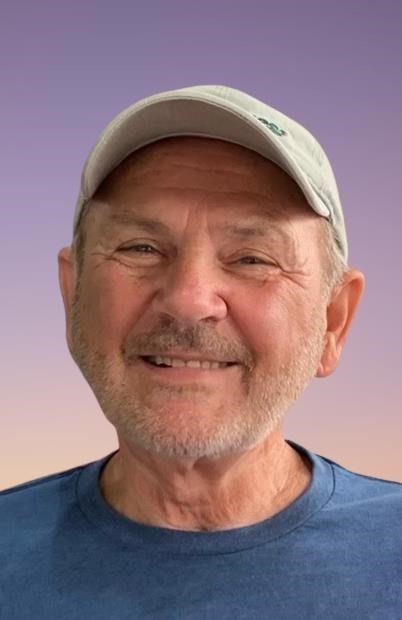 Frederick Andrew Gallagher Sr., 76 of Bethlehem, Pennsylvania passed away on January 14, 2023 of a heart attack. It was sudden, unexpected, and without suffering. The evening before his death, he enjoyed dancing the night away with his wife Marie at a disco themed community party at their second home in Florida. He was born on April 8, 1946 in Elizabeth, New Jersey to the late Elizabeth Mary (Torbik) and John Francis Gallagher. After High School, Fred enlisted in the Navy and served his country proudly for four years on the U.S.S. Great Sitkin. He enjoyed attending yearly ship reunions where he formed cherished friendships with other U.S.S. Sitkin shipmates. He retired from Verizon Wireless in 2011 where he worked as a Telecommunications Technician. He is survived by his beloved wife, Marie Y. Gallagher; loving children, Frederick A. Gallagher Jr. (Carmela); Marie Y. Brown (Peter); sister, Kathleen Campbell (Edward); grandchildren, Emily, Tyler, Hannah and Michael Gallagher; Megan, Ryan and Sarah Brown; many extended family members and friends. In addition to his parents, Fred was preceded in death by his brothers, James, Frances, John, Thomas, Robert, and Dennis Gallagher. Fred was a devoted family man. Fred married Marie, the love of his life, within a year of being honorably discharged from the Navy and they instantly started a family. Marie was his world and he took care of her until his last breath. Their song was “I Got You Babe” by Sony and Cher. They were together for 56 incredible years, 55 of which they were married. Fred loved and was so proud of his children Marie and Fred including their spouses, Pete and Carmela, who he considered his own. The family enjoyed when Fred would just stop over for a visit even if it was just for a few minutes - especially when he brought his beloved dog Carter with him. Carter will miss his daily walks around the neighborhood with his “daddy” visiting and talking to the incredible neighbors who Fred considered his friends. Fred, known as “Pop” to all seven of his grandchildren, treasured every single moment spent with each one of them. He enjoyed his grandchildren’s artwork, sporting events, piano and dance recitals, concerts, etc. The magical moments he shared with them will always be remembered. Fred had so many friends! They would also agree that he was kind, caring, compassionate, loyal, and selfless. He wore a smile on his face every single day and was known for his wit, humor, funny jokes, and fantastic stories. Fred would do anything for anyone anytime he was asked because he loved helping everyone. He was happiest when he was surrounded by people, particularly his family who he adored. This is an unimaginable loss for everyone who knew Fred, but what he would want is for us to celebrate his life, continue telling his jokes, sharing his stories, and most importantly, for all of us to remain close, create new stories and memories with the family, and to continue his legacy of being kind and helping others. We love you Pop, each and every one of us. Pop was proud and honored to be a Navy veteran and his one wish was to have a military funeral honors ceremony. The family is taking this time now to grieve privately. Plans for the ceremony along with a celebration of his life will be communicated to his friends and family at a later date. Fond memories and expressions of sympathy may be shared at www.StowersFH.com for the Gallagher family.
See more See Less

In Memory Of Frederick Andrew Gallagher