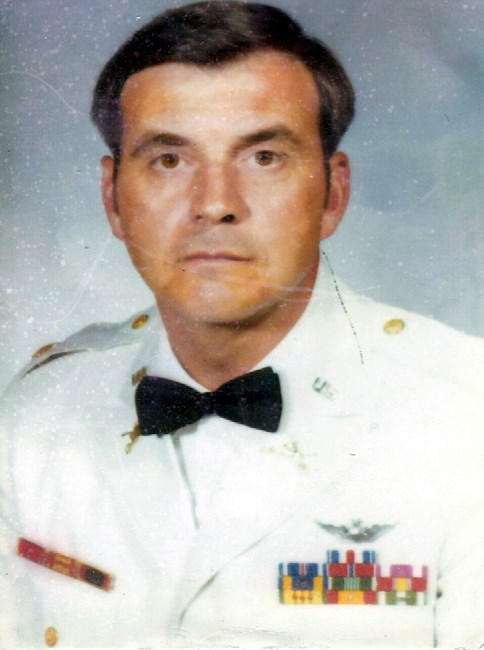 Heavenly Angels Rejoiced on 13 June 2018 When LTC Jack Edward Dopler A very special and loved husband, father, brother and friend entered into his eternal heavenly home, joining loved ones already there. He left behind his wife Kathy, 7 children, 15 grandchildren, 9 great grandchildren and his sister, Karen. His hope was that all his remaining and increasing loved ones join him and his Lord, forever. Jack had accomplished so many things in his life on earth: Boy Scouts, academic accomplishments, several sports, including high school star football player. He was the running back for his team and still holds the fastest speed record for the Ohio Valley. Jack entered West Point military academy at the age of 17. Here he excelled and became accomplished in flight school at the head of the class. He received the distinguished Flying Cross, Bronze Star, Vietnam Cross of Gallantry with the Silver Star. Jack flew the Cobra gunship in Vietnam and was shot down 7 times. During his career he received many other medals for bravery and accomplishments. Jack’s final resting place will be Arlington National Cemetery with full honors, which will be announced at a future date. (We were told between 3 to 6 months) Jack so loved and honored America and never forgot his West Point Motto: “Duty, Honor, Country.” Upon reflection of my dear husband’s life, I would say that he loved football (and that is an understatement), most sports, fishing and golfing. He also loved flying helicopters. Jack was a poet and some of his poems were published in, “Best Poems of 1998”; (The National Library of Poetry, A Celebration of Poets) (Showcase Edition) and “Poetic voices of America”! There are too many things to mention here, But out of them all, he loved his Lord the most and once said, “That being a Christian and learning about his Savior was the most exciting part of his life, even more exciting than Vietnam!” We will all miss you darling. We all loved you, still love you and always will love you. You hold, and still do hold a special place in all of our hearts. We thank you for loving us back and helping us in times of trouble and great needs. Your guidance and advise was always welcomed and appreciated. Your struggles and pain are gone. You were a good soldier, a fighter to the end. You were looked up to by all your friends and family. We salute you until we see you again in that heavenly place. We will miss you terribly, but Until Then….. Love Forever, Your “Babe”
See more See Less

In Memory Of Jack Edward Dopler