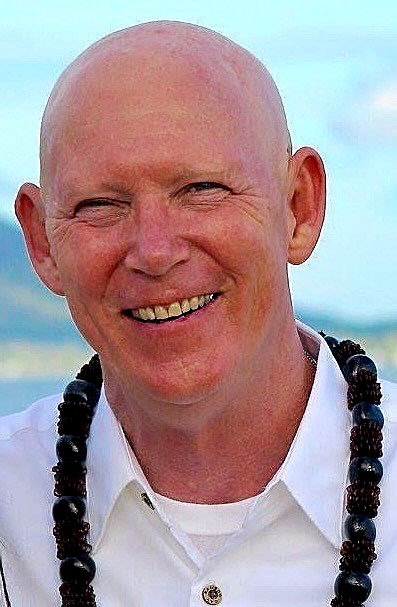 David J. Bauld, Sr returned to his heavenly home on March 1, 2022. David was born March 13, 1957 to Earl and Evelyn Bauld in Seattle, WA. He joined the Navy in December of 1976. He met his wife Patty in March of 1979 and married her in June that same year. In February of 1980 Beatrice "Trixie" was born and in December of 1985 David Jr was born. David retired from the Navy in 1997 and continued working for the federal government until his retirement in March 2019. Completing over 37 years of service to the federal government. David enjoyed fishing and camping, but most of all he loved being with family and friends. David was devoted to his Catholic faith and was a 4th degree for the Knights of Columbus. He volunteered most of his time to the church, this lead to what would be the highlight of his day. He drove the school bus for Our Lady Star of Sea. David would say that getting high fives and seeing the smiles on the children's faces was like being surrounded by little angels. He is survived by his wife, two children, and three grandchildren. 10 March Viewing at Miller Woodlawn Funeral Home 5505 Kitsap Way, Bremerton, WA 98312 4pm - 7pm 11 March Service at Our Lady Star of the Sea 511 Veneta Ave, Bremerton, WA 98337 1000am Viewing 1030am Rosary 1100am Start of Funeral Service 1200pm Reception (small) 200pm Burial Service at Gethsemane Cemetery 37600 Pacific Hwy S, Federal Way, WA 98003 530pm Reception at Hillyer Household Fond memories and expressions of sympathy may be shared at www.miller-woodlawn.com for the Bauld family.
See more See Less