Please visit oneroomstreaming.com and enter the information below. The service will be viewable up to 3
months after the date.
Event Email ID: FortLincolnFH
Password: FHLEAG 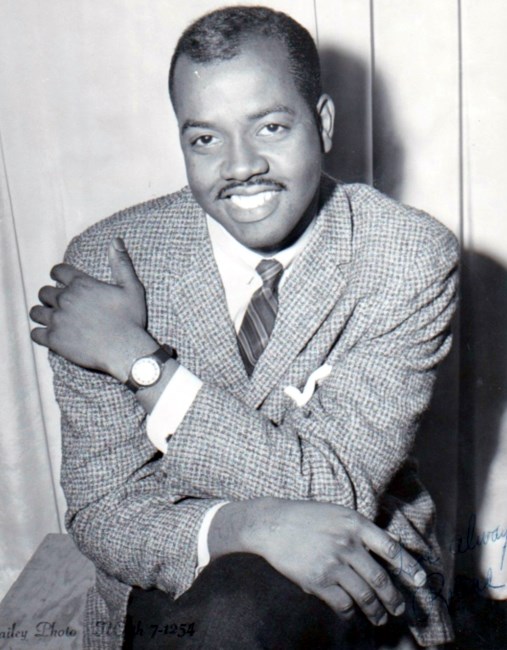 Dr. Roland Eric George was born on June 14, 1936, in St. Thomas, Virgin Islands. He was the sixth of eight children, born to James Henrique George and Hilda Idonia (Frances) George. Rolie, Uncle Rolie, Pop, Sonny, George, Coolie were all names he was affectionately called by his family and friends. Education was highly emphasized in his upbringing. He began his formative education at George Washington Elementary School, in St. Thomas. His junior and senior high school years were spent at Charlotte Amalie High School, from which he graduated in 1954, with honors. He participated in many different sports including: softball, baseball, swimming, and track. After graduation, Roland enlisted into the U.S. Air Force in October of 1954; where he attended flight school and electronics training. After his deployment, overseas and his tour of duty was over, he was enrolled in Howard University, in Washington, DC. He earned a Bachelor of Science Degree in Electrical Engineering. Roland furthered his post baccalaureate studies at George Washington University, were he earned his Master’s Degree. He was subsequently honored to receive an honorary doctorate degree from the University of Tennessee Space Institute. At Howard University, Roland met the love of his life, Betty. They entered holy matrimony on January 16, 1966. From their union, they produce two daughters, Lynne Dorsey and Dr. Jeannine Richardson. From 1966-1968, Roland returned home to St. Thomas, Virgin Islands; where he worked for the Virgin Islands Water and Power Authority as the Chief of Engineering. In 1969, Roland relocated to Washington, D.C. and was employed by the Federal Energy Regulatory Commission. He was the Program Manager of Superconductivity Projects and Deputy Director for funding of national labs. His affiliates included colleagues from Italy and Japan. Roland spoke four languages; Korean, Spanish, English and German. Upon his retirement from the federal government, Roland was awarded a Distinguished Career Service Award for his technical expertise. His work “significally contributed to the mission, efficiency and success of the Department of Energy and the Federal Energy Regulatory Commission”. He had such an analytical mind, that there was not a problem or subject that he could not successfully solve. This included but was not limited to his home do-it-yourself projects, repairing the family cars and designing superconductivity lines for the government. He had a vast array of scientific/ mathematical knowledge. He not only had book smarts, but had a workable knowledge of their practical applications. Roland was never too busy to help others; whether it was his immediate family, extended family or friends. He loved music and played the piano. His music career included playing for his high school band, jazz groups, the Air Force band, several churches, and Latin and calypso groups. At an early age, Roland received Christ as his Lord and Savior. He became a member of the Moravian church, that his family attended in St. Thomas. This virtuous man, found comfort in reading Bible devotionals, each morning, from his Daily Moravian booklet. His dog Chewie would sit beside him each morning. Roland took joy in saying that Chewie listened so attentively as if he understood every word. He was no stranger to getting actively involved in the community. After joining a Church in Washington, D.C., Roland gladly answered the call to be the speaker for the Sunday morning prayer. He was a member of Redemption Lodge No.24, Prince Hall Masonic Chapter of Washington, D. C. There he served as the Worthy Patron for the Order of the Eastern Star, Fidelity Chapter No. 11. Within this organization, he also served as the Associate Patron. Roland was married to Betty Jean (Mason) George for 56 years. From their union, they produced two daughters: Lynne D. Dorsey and Dr. Jeannine E. Richardson. He has two wonderful sons-in-law: Avonn B. Dorsey and Shawn R. Richardson. He deeply loved his grandchildren (Jaire Roland Dorsey, Jaelen Camoni George, Jordan Eileen Dorsey, Sidney Rene Richardson and Kayla Richardson). He spoke very fondly of their accomplishments. Roland was devoted to their happiness, security, and well-being. As a dedicated family man, he enjoyed hosting family gatherings and holiday celebrations. He traveled to the Caribbean to be with his family, attended family reunions and went on European vacations with his wife. Roland was a phenomenal husband, dad and grandfather. He is preceded in death by his three sisters (Gloria Davis, Helen Vessup, Valencia Henry) and two brothers, (Wilmoth George, Cecil George). He is survived by his youngest brother Raymond George and sister-in-law Diane George. Roland leaves behind a host of nieces, nephews and cousins. After victoriously battling several serious health conditions, over a ten-year period, he transitioned to eternal rest on Wednesday, January 12, 2022 at Gilchrist Hospice Columbia, Maryland. His legacy will live on through his loving wife, family and numerous contributions to society.
See more See Less

In Memory Of Roland Eric George