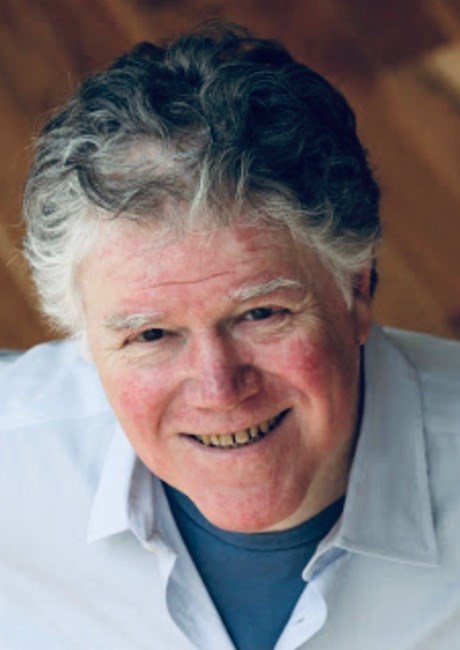 Loving Father, Husband, Executive Alan Fein, 69, died in his Watertown home on Monday, May 9, of kidney cancer and multiple other diseases, outliving his initial prognosis of six months by 13 years. During his career, Alan held a series of leadership roles in higher education and bio-technology, but what mattered most to him was loving and supporting his two children into adulthood and staying close to his deep circle of family members and friends. He leaves behind his immediate family, including his mother Ruth Breslau Fein; his wife Ellen Kolton; his children Lou and Melanie; his siblings Michael and Karen (Sean Anderson); his aunt and uncle Bernice and Joel Breslau; his brother-in-law Robert Kolton; three nieces, a nephew, and many cousins, some of whom he considered siblings. He was predeceased by his father Rashi Fein and his youngest sister Bena. Growing up in Chapel Hill, NC; Washington, DC; and Newton, Ma., Alan also lived and worked in San Francisco and Chicago. But the place he most counted as home was the family compound on Lake George, NY, where his large clan summered for more than 70 years, forging enduring bonds. In all areas of his life, Alan assumed a leadership role, describing his style as “leading from behind.” Many of his friends and colleagues regarded him as a ‘rock,’ referring to his wise counsel, consistent support, and fair-minded opinions. His deep intelligence, quiet tact, analytic mind, and quirky humor informed his relationships in and out of work. But above all, he was kind. Among many interests, Alan had a passion for sports and interesting food. He was an avid spectator, silently watching and analyzing the moves of the Patriots, Bruins and Celtics while his companions screamed. He especially loved watching Lou and Melanie compete, starting with Little League (Lou) and Bays Soccer (Melanie). His analytic approach to the games led to his recruitment on the coaching side. For many years Alan himself was a pitcher on The Loan Sharks, an adult softball team. To call him a foodie hardly did justice to his passion for trying new recipes, buying esoteric ingredients, and seeking out the best restaurants wherever he and his wife traveled. Even in his final days, when he could barely eat, Alan specified exactly what he wanted, where to get it, and how to prepare it. Alan graduated from Johns Hopkins University in 1974, and started his career as a policy analyst at the Congressional Budget Office in Washington. From there he went to Stanford University, earning an MBA in 1979. Upon graduation, he worked as a political consultant for liberal candidates and non-profits, eschewing the higher paying jobs in finance and banking that drew most of his peers. He moved back to Boston in 1980, working for Harvard University in a series of positions, including the publisher of Harvard Magazine, a senior budget analyst, and director for finance and administration of the Arnold Arboretum. He spent three years at the University of Chicago, as the director of financial planning and budgets. Returning to Boston in 1988, he became the executive director of the newly formed Harvard Aids Institute and the VIII International Conference on AIDS. He joined Lesley College (now University) in 1993, as Executive Vice President and became acting president during the president's sabbatical. During his seven-year tenure at Lesley College, he negotiated its merger with the Art Institute of Boston and developed a campus master plan, which included the acquisition and conversion of the former Sears Building in Cambridge, to accommodate a student center, classrooms, art gallery, and retail space. In 2000 he joined the Whitehead Institute Center for Genomic Research as COO and Deputy Director, which he helped to transform into the Broad Institute of Harvard and MIT. He spent 16 years at the Broad Institute, rising to Executive Vice President and Deputy Director. He developed and directed the Broad’s administrative systems, growing from 200 to 2000 employees and from an $80 million to a $300 million organization. During his tenure he supervised the construction of two major buildings and state-of-the art research spaces. He also served as President of the Kendall Square Association. As his health declined in recent years, Alan continued to work part time as an independent strategy consultant to the Ragon Institute, while learning to play the banjo. A memorial service was held on Thursday, May 12, at 2 pm at the Levine Chapels, 470 Harvard Street, Brookline. Burial will be private. Shiva is at the family’s home, following the service until 5:00pm, continuing Thursday evening from 7-9:00pm, and on Friday, 2-5:00pm, Saturday evening, 7-9:00pm and Sunday, 2-6:00pm. On street parking is available. In lieu of flowers, remembrances can be made to a charity of your choice.
See more See Less

In Memory Of Alan G. Fein