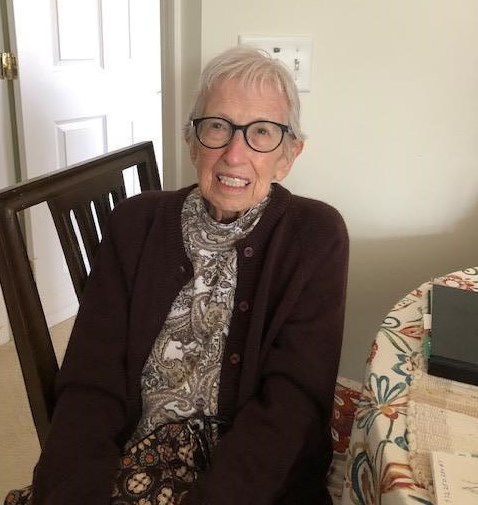 Bernice Barres, 95, of Mystic, CT, passed away on August 1, 2022 at Avalon Health Center at StoneRidge. Mrs. Barres was born on 04/15/1927 in Philadelphia, PA to Morris and Eleanor (Steinberg) Browndorf. She was married to the late Samuel L. Barres for 49 years until his passing in 1996. Mrs. Barres is survived by her three children: Shelley (Rachel) Black of Lincoln, CA; Joanne Sarah Barres of Pawcatuck, CT; and Eliezer (Robert) Barres of Beitar Illit, Israel. She was the loving grandmother of three granddaughters (Kristin Marshall, Sara Abendson and Rivke Spiegelman) and five grandsons (Chaim, Kalman, Mordechai and Moshe Barres, and Brian James Shaw) and the proud great-grandmother of eleven great-granddaughters and thirteen great-grandsons. Mrs. Barres pursued her lifelong dream of becoming a registered nurse later in life, when she graduated from the Boston University School of Nursing at the age of 54 with a Bachelor of Science degree in Nursing and a certificate in Gerontology. She worked at both Beth Israel Hospital in Boston and the Hebrew Rehabilitation Center for the Aged. She was active in volunteer work both before and after retirement, and was cited in Marquis' "Who's Who of American Women" in 1985. She loved to paint, sketch and draw the beauty she saw in nature and her family. After living in Newton, MA for most of her adult life, Mrs. Barres moved to Mystic, CT in 2014 and lived at the StoneRidge independent living retirement community until her passing. Graveside services and internment will be held at Lindwood Cemetery in Randolph, MA. In lieu of flowers, expressions of sympathy in her memory may be made to the charity of your choice.
See more See Less

In Memory Of BERNICE BARRES