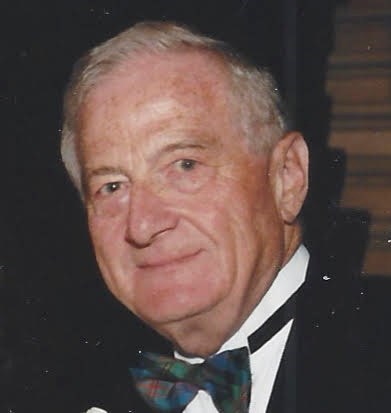 Berton Sumner Fliegel, a social worker and activist from Newton who devoted his career to fighting on behalf of the poor, died April 16, 2020 at the Belmont Manor nursing home from complications related to coronavirus. He was 90 years old. Fliegel is survived by his wife Susan, his son Joshua who lives in Seattle, daughters Lisa of Jamaica Plain and Janie (Fliegel) Howland of South Natick, and three grandchildren. His daughter Dina Fliegel-Bocian died in 1989. Born in Lynn during the Great Depression and raised in Beverly, Fliegel was the son of William and Marian Fliegel. His father was the barber at Danvers State Psychiatric Hospital and young Berton worked as an aide there from the age of 15, getting an early start to a long and storied career in human services. Fliegel attended Hebrew School and played basketball at Temple B’nai Abraham in Beverly, leading his team to a league championship. He was graduated from Beverly High School and briefly attended Syracuse University, where he majored in English. A lover of poetry, Fliegel was known to recite verses that aptly captured special moments. “My heart leaps up when I behold a rainbow in the sky,” he was known to muse. As a soldier during the Korean War, Fliegel served as a psychiatric aide at a stateside Mobile Army Surgical Hospital. He attended Boston University, receiving a master’s from the Boston University School of Social Work in 1954. A year later, he married Beverly Rebecca Ross, a fellow student from Portland, Maine. She died in 1972. Fliegel earned his Ph.D. from the Florence Heller School for Advanced Studies in Social Welfare at Brandeis University. He married Susan Davis of Newton the following year. Throughout his life, Fliegel was known as a champion of social justice. He attended the 1963 March on Washington and heard Dr. Martin Luther King deliver his “I Have a Dream” speech. Earlier, he became the first social worker in the country to provide support services to residents dislocated by urban renewal. The position, which required congressional approval, was created in 1959 at the initiative of the West End Neighborhood Council and with the cooperation of the Boston Redevelopment Authority. In the forefront of President Lyndon Johnson’s War on Poverty, Fliegel participated in Boston’s creation of a Model Cities program, which aimed to develop affordable housing and social service programs with community organizations. Under the initiative, Fliegel worked with community activists and rallied poor residents to demand better social services with access to primary and preventative health care. The pressure from community leaders he helped generate led Boston hospitals to align themselves with their home neighborhoods and support formation of community clinics. Opening Boston’s Columbia Point Health Center set off a grassroots movement in the city that with his involvement, led by 1971 to the opening of 18 additional health centers in Boston. In 1969, Fliegel was appointed assistant professor of preventive medicine by the Tufts School of Medicine and became the administrative director of the Columbia Point Community Health Center. He later was appointed its director of community planning and development. In that capacity, he mediated between University of Massachusetts-Boston and the residents of the Columbia Point Housing Development and the Community Health Center. In 1972, he became field coordinator for UMass Boston’s Year for Action. Under the federal initiative aimed at producing a corps of 25,000 students across the country with special training to help alleviate poverty, he supported the admission of underserved students from the surrounding communities to receive a college education. Fliegel went on to teach courses in psychology and social sciences at the university. He cherished his students and strived above all to instill them with hope. Once at a campus lecture when Fliegel saw a troubled student pull out a knife, he managed to disarm the young man, saying, “You don’t need that. You have me to protect you.” In 1981, Fliegel shifted to clinical practice, based at the Family Counseling and Guidance Center in Braintree. Upon retirement Dr. Fliegel continued to strive for social and environmental justice. He rallied in support of the Bottle Bill to promote recycling and supported his wife Susan’s work in a variety of Democratic political campaigns and advocacy for those with multiple sclerosis. Fliegel is remembered by family and friends as a born feminist who valued every human being with whom he came in contact. At the Belmont Manor nursing home, as in his whole life, he knew everyone by name, always asking for the health and wellbeing of their families. He deeply loved and cherished those around him. When asked what legacy he hoped to leave for the next generation, Fliegel said: “It is so important that we listen to each other. People need to listen.” Alongside his wife, son and daughters, Fliegel is also survived by his sons-in-law Brian Howland and Arthur Bocian, and brother-in-law Louis Tanzer of Beverly. Fliegel had three beloved grandchildren: Russell Bocian, Davis Howland and Julian Howland. He was predeceased by his sister Roslyn Fliegel Tanzer of Beverly and brother Dr. Norris Eli Fliegel, who lived in New York City. A private graveside funeral will be held on Friday, April 17 at 1pm. A virtual shiva will follow. In lieu of flowers, donations can be made in his memory to the Hebrew Immigrant Aid Society at www.hias.org. Checks can be sent to: HIAS, PO Box 97077, Washington, DC 20090-7077
See more See Less

In Memory Of Berton S. Fliegel