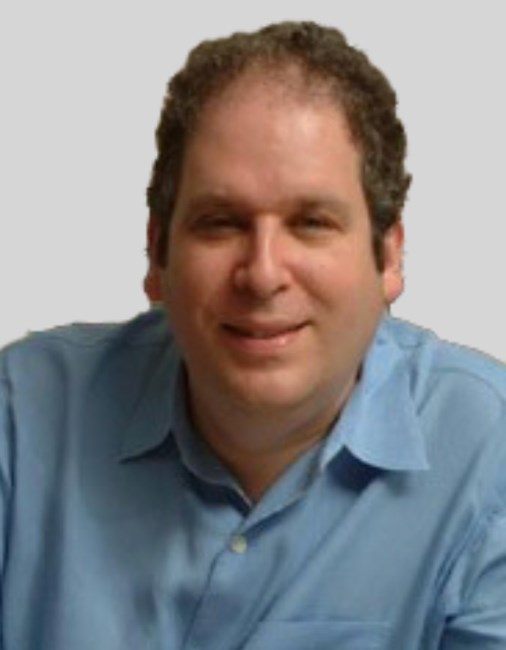 James Andrew “Jimmy,” Guterman, 53, of Brookline, died unexpectedly on July 25, 2016. He was born in Bayonne, New Jersey, and graduated from the University of Pennsylvania. Jimmy is survived by his wife, Jane Kokernak, and three children, Eli of Queens, NY, and Lydia and Grace of Brookline. Predeceased by his father, Michael Guterman, Jimmy was the devoted son of Deanna and Ed Schey of West Orange, NJ, and brother to John Guterman, his wife Vibeke, and their children Erik and Katrina of Maplewood, NJ. He will be missed by his in-laws Stephen and Elizabeth Kokernak of East Dennis, Michael Kokernak of Boston, Brian Kokernak of Medford, Emily Kokernak and David Boardman of Brooklyn, NY, and Sally and Kenlie Millwood of Milton, and his nieces Elena and Sara Millwood and Anna Boardman. In addition, he leaves his step-brother Michael Schey, his wife Theresa, and their sons Adam and Matt of Livingston, NJ, as well as his loving aunt Helene Troum, uncles Newton Troum and Larry Baumgarten, and cousin Alissa Isaacson and her family, all of New Jersey, as well as his cousin Marjorie Baumgarten of Austin, TX. In his long career in journalism, consulting, and social media, Jimmy was an executive editor of NewCo, editorial director at Collective Next, founder and president of the Vineyard Group, and executive curator of TEDxBoston. He held editorial and writing positions with the Boston Phoenix, Harvard Business Review, MIT Sloan Management Review, O’Reilly Media, and Forrester Magazine. A music critic for Rolling Stone, he also wrote and published books about the Sex Pistols, Bruce Springsteen, Sinead O’Connor, and Jerry Lee Lewis. A freelance record producer, his favorite project was one he initiated called The Sandinista Project, a tribute to The Clash, featuring performances by many friends in the music industry. Jimmy passed on his love and knowledge of music to his three children, who turned his passion into their talents. A private service was held on July 31st and led by Cantor Michael McCloskey at Levine Chapel. Jimmy’s eldest child Eli, his brother John, and his lifelong friends Dave Yeskel, Mark Caro, and Owen O’Donnell all gave heartfelt tributes. Jimmy’s final resting place is at Walnut Hills Cemetery. Donations may be made in Jimmy’s memory to WBUR (Boston's NPR station) and Girls Rock Campaign Boston.
See more See Less

In Memory Of James Andrew Guterman