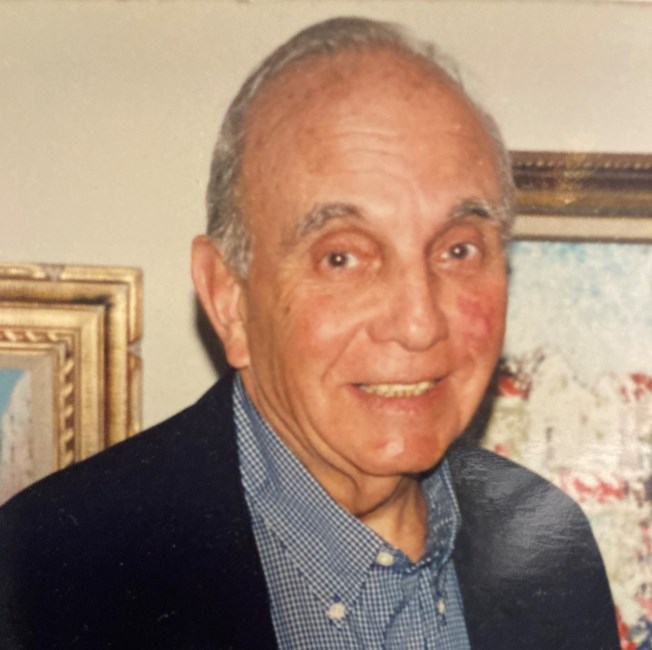 Sydney Haskell “Hecky” Francer. Age 96. Died January 18, 2023. Born on December 30, 1926 in Boston to the late Arthur and Cecelia Francer. Sydney, known by his friends as Hecky, his family as Haskell, and his business associates as Hal, was a devoted husband, father, and grandfather. His loving wife, Shirley (Lakin), was everything to him, and providing for his family was the most important thing in his life. In addition to his wife, he is survived by his children: Sharon Francer, Laurence Francer and his husband, Jerome, and Beth Napurano and her husband, Chris. Also survived by his grandchildren: Harrison and Benjamin Wurth. He was preceded in death by his sisters: Florence Boltansky and Betsey Cohen. A graduate of U Mass Amherst, he hoped to go into medicine but ended up joining the family sheet metal business along with his two cousins. He was, however, a medic in the Navy during World War 2. He was a partner in Francer Industries, Inc. for over 75 years until it was sold in 2020. He loved music and he and Shirley were subscribers to the Boston Symphony for over 50 years. He also played a mean piano and could play anything by ear. An avid tennis player and a member of the Cohasset Tennis Club, he played well into his 70’s and often with men half his age. Hecky and Shirley had a large group of friends through their affiliation with Temple Beth Shalom. They would travel with them to the Catskills and Martha’s Vineyard but, mostly, Hecky just enjoyed being on the beach with family. He loved fine restaurants, but none ever rivaled Shirley’s cooking. He will be remembered as one half of a beautiful couple – Shirley and Hecky. Funeral Service will be held in the Stanetsky Memorial Chapel, 1668 Beacon St. BROOKLINE on Monday, January 23rd at 12:30pm. Interment will follow in the Shepetovka Cemetery, West Roxbury. In lieu of flowers, the family requests donations to Temple Beth Shalom, 600 Nantasket Avenue, Hull, MA 02045.
See more See Less

In Memory Of Sydney Haskell Francer