The Mass will be livestreamed:
https://boxcast.tv/view/todd-blankenship-funeral-service-fty6t4mbflpg7qjv02ot
Starting at 9:50am and will go for 1 hour and 20 minutes 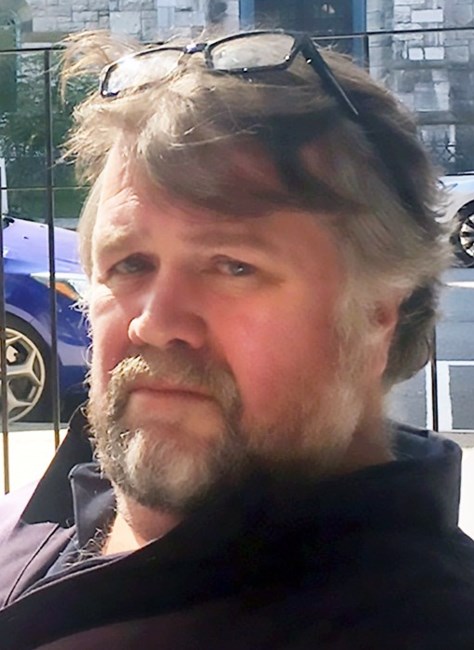 Todd Blankenship has passed from this mortal sphere. He was 67 and resided in Brooklyn, NY. He died at home on Monday, 1 August 2022. Todd was born in San Antonio TX, to Barbara and William Blankenship. He grew up in Austria and Germany, moving more than 10 times. His father, Will, was a well-known principal opera tenor in Europe. A devoted husband and father, Todd leaves behind his loving wife, Karen, and sons, Luca and Elliot. He met Karen in upstate New York at Seagle Colony music camp. Their common interest in singing drew them together. They were married in Houston, Texas on 20 July 1991. Todd’s immediate family is spread over Europe and Australia: sister Beverly and husband Erich in Berlin, in Vienna sister Rebecca with partner Lucy, brother John and stepmother Sawako and in Melbourne niece Jessica with her family Andrew and Georgia. His father and mother-in-law, Johnny and Barbara Alban (TX); in-laws Bill and Cathy Alban (VA); Bob Alban and Jack Barnett (TX), Greg and Lori Alban (TX), and Richard and Stephanie Alban (TX) will miss his gentle and wry soul. He is survived by numerous nieces and nephews, including the children of his predeceased sister-in-law Alissa Alban. He was a member of The Brooklyn Oratory Church of St. Boniface. Todd sang in regional operas and Lieder Concerts. He put aside his performing career when his first child was born. An interest in carpentry and building led to a later career in construction, including working at JTC & Associates General Contractors as a Project Manager. He enjoyed celebrating life in the moment. His numerous friends and family are invited to celebrate Todd’s life at The Brooklyn Oratory Church of St. Boniface, 109 Willoughby St (church entrance on Duffield Street), Brooklyn, NY 11201, on Friday 5 August at 10:00 AM. Cremation is being handled by Duffy’s Funeral home, 255 9TH St, Brooklyn NY 11215. In lieu of flowers, please donate to NYU Langone Health Perlmutter Cancer Center. https://nyulangone.org/give/funds/perlmutter-cancer-center. The Mass will be live streamed: https://boxcast.tv/view/todd-blankenship-funeral-service-fty6t4mbflpg7qjv02ot The live stream will begin at 9:50am. It will go for one hour and twenty minutes.
See more See Less

In Memory Of Todd Blankenship