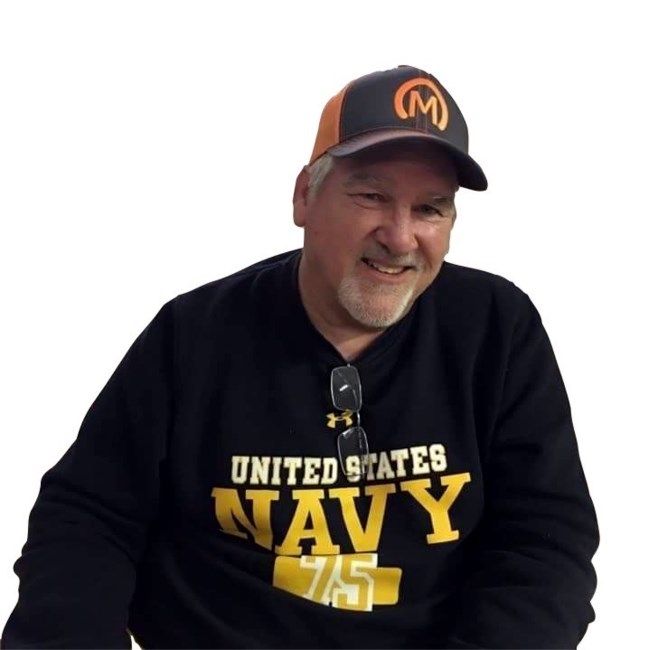 Chuck Broach passed away peacefully at his home on May 5, 2022. His battle with medical issues in recent years showed his courage in facing life challenges with a smile. Chuck was born in Caldwell, Texas on September 5, 1958. As a young child, Chuck developed a love of sports. He played football, baseball, basketball, and was quite a star. He was a proud Bryan Viking during his high school days and a proud Austin College Kangaroo. He often spent time reminiscing with old teammates and looking through his scrapbooks. To Chuck these would be his “glory days”. This passion would carry with him through his last days. Most of his days would be spent watching sporting event or sport talk shows. In 1983, Chuck would marry Shirley McDaniel. Together they would have two sons, Trey and Travis. Chuck would tell you his greatest accomplishment in life was his two sons. He was most proud of their service to our country in the United States Navy. Although their duty to our country would take them miles away at times, their phone calls and Facebook posts would always add a smile to his day. Chuck is preceded in death by his father, Charles Broach, his mother, Glenda Brinkman Broach, and his brother, Craig Broach. Chuck is survived by his son, Trey (Erika) Broach, and their children Michael, Charlotte and grand-dog Bucky. His son Travis (Perla) Broach and their children Brianna, and Olivia. His sister Charla (Marshall) Matthews. Nieces Katie (Colten) Tessman, Montana (Tyler) Conaway, Fallon (Dillon) Hooper, Maci Broach, and nephew Cooper Matthews. Visitation will be from 5 pm until 7 pm, Thursday, May 12, 2022 at Memorial Funeral Chapel in Bryan. Funeral service will be at 10 am, Friday, May 13, 2022 at Memorial Funeral Chapel in Bryan with committal to follow at Alexander Cemetery. Chuck’s infectious smile will be remembered by his many family members and friends. In Chuck’s words he would tell you, “Glad you got to see me”. Fond memories and expressions of sympathy may be shared at www.memorialfuneralchapelbryan.com for the Broach family.
See more See Less

In Memory Of Chuck Broach