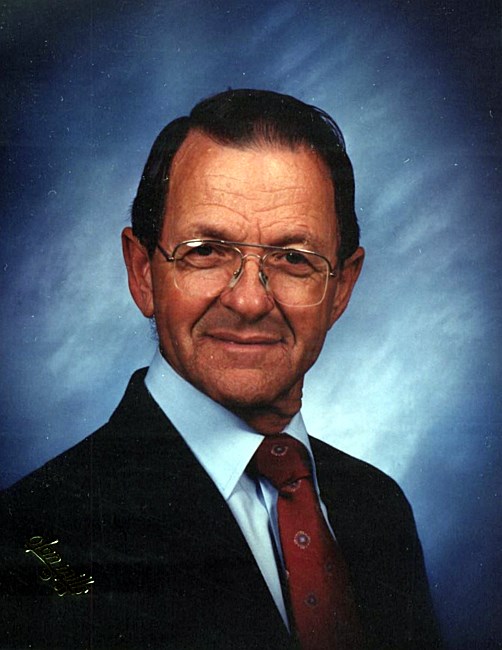 Eugene (Gene) Polzer, 89, of Bryan passed away on January 22, 2022. Born on August 25, 1932 to Stephen F. and Magdalena (Moraw) Polzer in Cameron, Texas, he grew up on their small farm with his 4 brothers. He graduated from C.H. Yoe High School there in 1950. Enrolling in the Agricultural & Mechanical College of Texas in College Station as a member of the Corps ignited a lifelong love of the school, its traditions and sports. He graduated in 1954 with a Bachelors degree in Animal Husbandry and was commissioned in the United States Army as a 2nd Lieutenant. After infantry training, he traveled to Germany as a platoon leader of Company G of the 12th Regiment where he served as Paymaster. Upon his honorable discharge in 1956, he returned home where he met his true love, Rosalie Scarmardo, on a blind date. After completing his Masters degree, the young couple was married at St. Anthony’s Catholic Church on June 29, 1958. They settled in the Brazos Bottom where their family of five children grew while Gene farmed cotton, corn and raised cattle. A lifelong and prayerful Catholic, Gene was a frequent lector at San Salvador Mission Church in Caldwell and prayed the rosary daily. An avid reader, he enjoyed music, singing in church, gardening, tending his pecan trees, playing golf, dominoes, tennis and ping pong. Blue Bell ice cream (especially Homemade Vanilla) was a daily dessert. Described as a simple, humble, quiet man with the highest principles, he was also consistently calm, honest and hardworking. Gene’s great love for his grandchildren made his ever-present smile even wider; whether reading, fishing or checking cows with them, it was time well spent. Always the devoted husband, even as he and Rosalie aged, he continued to lovingly care for her in the most beautiful ways. Above all he loved our Lord, Jesus Christ and our Blessed Mother and was unwaveringly faithful whether the Lord’s plan brought sorrow or joy! Gene was preceded in death by his parents; his son, Michael; his daughter, Theresa Talaber; his great-grandson, Emmett Moerbe; his brother, Bernard Polzer and wife, Florence; brother-in-law, Carl Pete Scarmardo and wife, Josephine; and 3 Polzer sisters-in-law, Patricia, Edna and Fran. Survivors include his loving wife of 63 years, Rosalie; and their daughters, Patti and Dave Dwyer, Monica and Donald Mize, Kathy Polzer; son-in-law, Mark Talaber; grandchildren, Katelyn and Tyler Moerbe, Michael Talaber, Samuel Talaber, Travis and Jordan Mize; a great-grandson, Emric Moerbe; 3 brothers, Lawrence Polzer, Will Polzer and Stephen F. Polzer, III; family members, Cecelia Polzer, Frank & Donna Scarmardo, Matilda and Lonnie Minze, Marilda and Terry Hugo; numerous nephews and nieces. Visitation will be held Thursday, February 3, 2022 6:00 pm – 8:00 pm at Memorial Funeral Chapel, Bryan. The Rosary will be recited at 7:00 pm and the livestream can be viewed at https://facebook.com/memorialbryan. Mass of Christian Burial will be held at 11:00 am Friday, February 4, 2022 at St. Joseph Catholic Church, Bryan. Streaming for Mass can be viewed at http://stjosephbcs.org, scroll down to quick links and click on Mass Online. Interment will follow at Mount Calvary Cemetery. As an expression of sympathy, memorials may be made to St. Joseph Catholic Church/School, Bryan, TX or Hospice Brazos Valley. Fond memories and expressions of sympathy may be shared at www.memorialfuneralchapelbryan.com for the Polzer family.
See more See Less