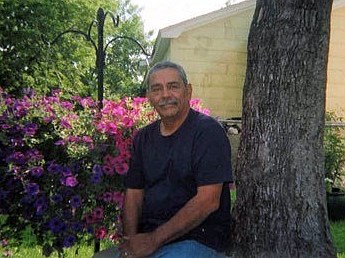 Pablo "Paul" Reyna Jr., 71, surrounded by his loving family, passed away peacefully on Monday, January 17, 2022. He was preceded in death by his mother, Antonia Ramirez; sister, Cecilia Gonzales; and niece, Stephanie Gonzales. Pablo is survived by his loving wife, Betty Reyna; daughter, Gloria Ann Flores and husband Paul; son, Paul Reyna III, son, Edward James Reyna and wife Jennifer; and brother, Romaldo Reyna and wife Sandra. Pablo also has seven grandchildren, Anthony, Paul IV, Valerie, Jordan, McKenzie, Amber and Christopher; eight great-grandchildren, Julian, Damian, Mia, Benjamin, Vanessa, Sofia, Paul V and Avianna; along with nine nephews and nieces. Pablo was a lifelong resident of Bryan, Texas and enjoyed fishing and quick runs to the casino. Music, singing, dancing and playing his guitar were his biggest passions and he was a proud fan of watching his grandchildren play sports. Visitation will be held between 6:00 pm and 8:00 pm with the rosary recited at 7:00 pm, Tuesday, January 25, 2022 at the Memorial Funeral Chapel in Bryan. Funeral Mass will be celebrated at 11:00 am, Wednesday, January 26, 2022 at Santa Teresa Catholic Church in Bryan. Committal will follow at Rest-Ever Memorial Park Cemetery. Fond memories and expressions of sympathy may be shared at www.memorialfuneralchapelbryan.com for the Reyna family.
See more See Less