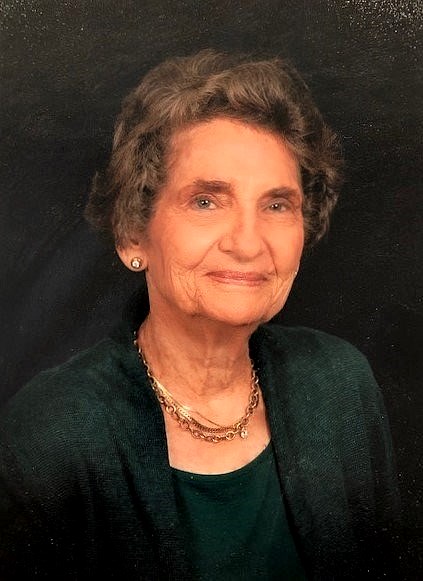 Shirley Anderson, 90, of Bryan, passed away on Wednesday, May 11, 2022. Shirley was born in Baton Rouge, LA to her parents Owen Kidd and Ollie Bea Bolton. She graduated from Baton Rouge High School in 1948 and attended Business School before she became employed with Gulf States Utilities. She was an active member of the First United Methodist Church of Baton Rouge, a makeup artist at the Baton Rouge Little Theatre and loved to travel. It was at the Sunday School class named “The Half Past Niners” she met this tall, handsome Texan who was getting his Master’s degree at LSU. She married this Texan, Carl Anderson, on December 25, 1965 at her beloved FUMC in Baton Rouge and then moved to College Station to begin a new adventure. They had one daughter a couple of years later. After Carl finished his PhD, the family had the opportunity to move to Dallas in 1970 which Shirley thoroughly embraced. Dallas had some fine shopping opportunities and she delighted in discovering them all. She was an active member at Lovers Lane United Methodist Church and volunteering at her daughter’s elementary school. In the late 70's, the family returned to Bryan where Shirley was active in numerous organizations. She was a member of The Extension Service Club, Master Gardeners, Crestview Volunteers, First United Methodist Church in Bryan and dedicated member of Upper Room Sunday School Class and participated in any volunteer opportunity at school or youth group. Shirley, most recently, was a resident at Crestview and never missed Bingo or Bridge as she so enjoyed a good game. Her parents; husband, Dr. Carl G. Anderson; brother Howard B. Bolton and sister, Colleen “Deanie” Atkinson preceded her in death. She is survived by her daughter, Caroline Rydell and husband Jim of Falls Church, VA; grandchildren, Charlie and Claudia Rydell and numerous nieces and nephews. In lieu of flowers, memorials may be made to St. Jude Children’s Research Hospital in Memphis, TN. Caroline and her family are especially grateful for the Crestview Community, the Skilled Nursing Team at Crestview, Ms. Jamyl Walker with Baylor Scott & White Clinic and Hospice Brazos Valley for their love and care of Shirley. Graveside services for Shirley will be at 2:00 pm, Tuesday, May 17, 2022 at the Memorial Cemetery of College Station in the Aggie Field of Honor. A Celebration of Life service will follow at 3:30 pm, Tuesday, May 17, 2022 at First United Methodist Church of Bryan. Fond memories and expressions of sympathy may be shared at www.memorialfuneralchapelbryan.com for the Anderson family.
See more See Less

In Memory Of Shirley B. Anderson