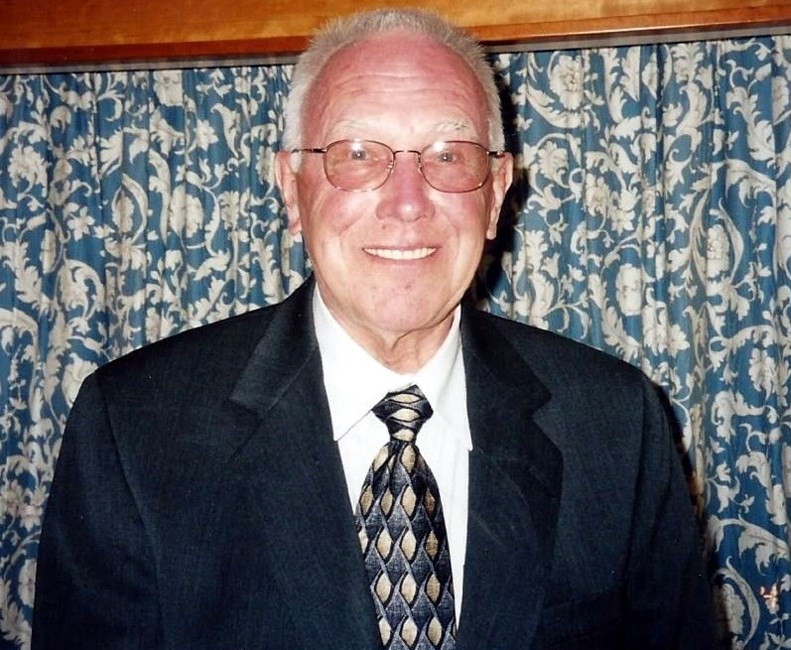 Peter Boldt passed away peacefully at the age of 94 in Langley Memorial Hospital in the early morning of September 11, 2022, where he had been admitted a week prior due to a sudden decline in health. He is survived by his son Michael Boldt (Lisa), younger brother Jacob Boldt (Emily), daughter in law Kelly Pliner (Larry), grandchildren Jason Boldt (Liza), Curtis Forbes, Gordon Boldt (Amy), Jacqueline Bourke (Dax), Kenton Boldt (Megan), Corynne Born (Jason), 10 great-grandchildren, ex-wife and mother of his children Barbara Boldt, partner Jenny Kincaid, and numerous nephews & nieces. Peter was pre-deceased by two of his three children – Dorothy Forbes (Laurie) and Kenneth Boldt, brothers Nicholas (Katie) and Henry (Lydia) Boldt, sisters Betty Girard (Erwin) and Anne Neufeld (Alan), and his second wife Mary Svidro-Boldt. He also had two brothers, Jascha & Johan Boldt, who died as infants. Peter was born to Heinrich and Margareta Boldt in LaSalle, Manitoba in 1928. The family moved to British Columbia in 1950, where he met and married Barbara Hartmann in 1953. Peter and Barbara started out living in Vancouver and Surrey, until moving to Nelson BC to raise their three children before finally settling in Port Coquitlam BC. Peter and Barbara divorced amicably in 1977 but remained good friends until his passing, to the benefit and joy of their extended family through the years. He re-married to Mary Svidro, and they resided in East Vancouver until her passing. He enjoyed a successful real estate sales career after moving from Nelson and was an avid golfer and square dancer, and enjoyed travelling…especially to his beloved annual retreat to Yellow Point Resort on Vancouver Island where he maintained a close group of friends along with Mary Svidro-Boldt and subsequently, with his partner until the time of his passing, Jenny Kincaid. His wishes are that he be cremated and buried alongside Mary Svidro-Boldt at Forest Lawn Funeral Services and Cemetery in Burnaby, BC. A private burial service will be held at Forest Lawn with immediate family, followed by a Celebration of Life at a yet to be determined location and date in the Langley, BC area where friends and family will be invited to attend and remember and reminisce the long and cherished life of Peter Boldt.
See more See Less

In Memory Of Peter Boldt