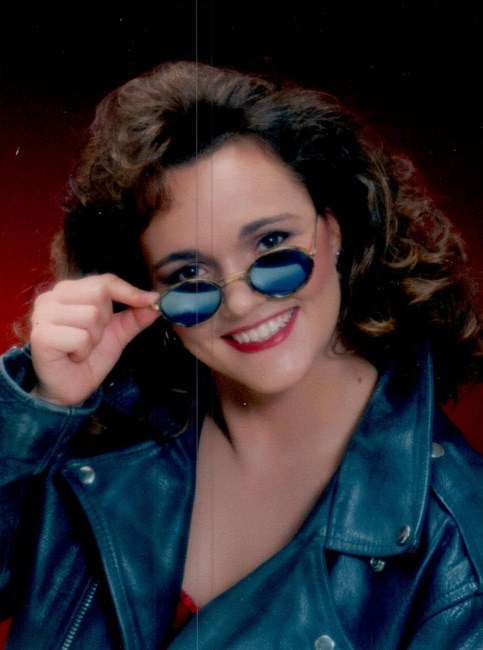 Connie Lemaye Smith Warden was born on December 15, 1971 in Burnet, Texas at Sheppard Memorial hospital to Jo Anne Faught and Robert Otis Smith Jr. Connie was raised in Oklahoma. Connie attended public school in Wanette, Oklahoma. Later she attended Lexington Rays of Life Christian Academy, where she played basketball and was a cheerleader. The family ran a pig farm with a few cattle on the small farm of 300 acres. Finally, the family moved back to Texas, where she made it to the 9th grade at Burnet Public Schools, where she met John Allen Warden, the love of her life. She enjoyed snow skiing in New Mexico. Every year they would go on a family vacay, where she came to adore and love the people, the people and met new friends. A get away from the heat, the hustle and the bustle of Texas. She met new friends that became like family to her while in New Mexico. She forever had stories of the fun she had there with family and friends. Back in Texas, she loved water sports of any kind! John Allen would serenate her on the waves of Inks Lake. Anytime they would argue or fuss, off in the boat they would go. John Allen would turn the boat off, set the anchor and they would fuss until they made up, but on the lake! Then he would start the boat back up and off to land they would come, all smiles from elbow to ears. Most of their fun and legacies came from out at “the lake house” on Inks. She loved catching fish the family, secret recipes of Liver, Strawberry jello and made a fine mess of catfish guaranteed nearly every time! Connie ran a day care out of her home for a while. She absolutely adored children of all ages! Later, she worked as a receptionist at the local ER department in Burnet, and then worked at the women’s prison a medical tech. Finally, she got pregnant and in the fall of October Mr. Colt Winchester Warden was born! Colt was the apple of her eye. She was so proud of him. After many years of trying, he was finally here! Connie worked hard to be a great wife and a wonderful mother, those were the only roles in life that she struggled to maintain in her life. The lake life, fishing, sail boating, tubing, skiing and swimming were a few of her favorite things! All of their family and friends would gather every 4th of July, where John would shoot off monkey patrol cannon as it boomed the loudest across the lake. So many fireworks and the 4th of July’s made for some unforgettable fun times year after year for family and friends. Connie was preceded in death by her father, Robert Otis Smith Jr., her mother, Jo Anne Faught Smith; her brother, Ricky Rushing; and two sisters, Janet Hurst and Loranne Davis. Connie is survived by her brother, Gary Rushing and wife Letha; Sister Cindy Boatwright and husband David; Sister Judy Rushing and Sister Jackie Sue Smith Jones and husband Randy. Along with many nieces, nephews and cousins. Connie was diagnosed with Breast Cancer in 2019. It was a short road and a very hard battle. Every time you cross over Inks Bridge, shout out breast cancer is real and it can be prevented in the early stages. Connie loved Jesus with all her whole heard, mind and soul! Her lifelong friends, Sherry, Vicky and Misty helped her journey along with laughter and hugs. I will forever miss you Sister, in my heart always!!
See more See Less

In Memory Of Connie Lemae Warden