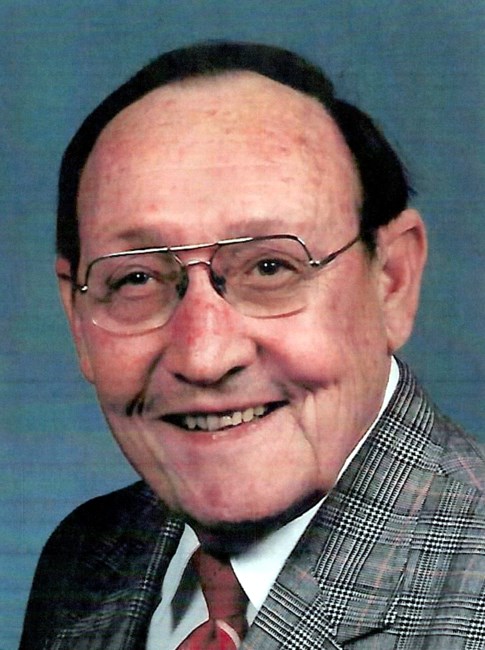 Ed, 91, passed away on May 4, 2020, in Austin, Texas. He was born in El Paso, TX, to Edgar H. B. Chew IV and Edna Mae Schreffler Chew on May 27, 1928. Ed grew up in El Paso, TX, and graduated from UT Austin with a business degree. There he enjoyed square dancing where he met his wife of 71 years, Lenna Hahn Chew. Ed and Lenna were married May 28, 1948, and moved to El Paso to care for Ed’s family and the family business. While in El Paso, their three children were born. Ed worked as Purchasing Agent for the city of El Paso until 1967 when he moved to Austin as Business Manager for the Governor’s Office. Later he worked for the Austin State School, and retired in 1989. Ed was an avid tennis player. At El Paso High School, Ed won the UIL doubles title in 1944 and 1945. In 1945 he was ranked 23rd in the nation in singles by the USTA and 9th in doubles. He was a four-year letterman at the University of Texas from 1946 to 1949. In 1946 at the Erie, PA Open he won both the men's doubles and the 18 doubles championships. In 1946 he was ranked 3rd in the nation in doubles by the USTA. Also in 1946, he and his father were ranked 3rd nationally in father and son doubles. Ed continued to play tennis after college and won many doubles tournaments. Ed has served the sport of tennis well, including over 45 years of service to USTA. He was president of not only the USTA Southwest Section while in El Paso, but also president of the Texas Tennis Association (now USTA Texas) from 1979 to 1980. He worked hard to help establish the Texas Tennis Museum and was inducted into the Texas Tennis Hall of Fame in 1993. Service to others was an integral part of Ed’s life in other areas as well. He was President of Kiwanis, Treasurer of El Paso Employees Federal Credit Union, President of the Purchasing Agents Association of El Paso, President of the Southwestern Square Dance Association, and President of the Capitol Credit Union. He was a member of the Official Board of Asbury Methodist Church in El Paso, and along with Lenna, helped to establish the Westlake United Methodist Church in Austin, and then was the Treasurer of the United Methodist District office for a number of years. Tennis trips were often combined with family vacations, including his honeymoon in Los Angeles where he played in the NCAA finals. There were family trips to New York, Colorado, Yellowstone, and many State and National Parks. Starting in the 1990’s, Ed and Lenna traveled on Elderhostel trips to New Zealand, Puerto Rico, Greece, Rome, Sweden, Panama, Bermuda and many places within the U.S. Ed is preceded in death by his wife Lenna. Surviving Ed are his brother and sister-in-law Eddie Wade and Lucretia Chew; children: Edgar and Valerie Chew, Nancy and Rick Perkins and John and Sally Chew; grandchildren: Cale and Mike Nonemacher, Robin and Chad Loeffler, Edgar (Tucker) Chew VII, Ross and Jen Perkins, Ben and Sheena Perkins, Jane Chew and Sam Chew, and eight great-grandchildren. Ed will be laid to rest at Bethel Cemetery, Burnet, TX. The family will hold a celebration of Ed Chew’s life at a later date. In lieu of flowers, donations may be made in Ed’s name to the Texas Tennis Museum and Hall of Fame, online at https://www.texastennismuseum.org/support or by mail c/o Jim Chaffin Secretary/Treasurer, 5765 Prestwick Lane, Dallas, Texas 75252. Funeral arrangements by Clements-Wilcox Funeral Home of Burnet, TX.
See more See Less