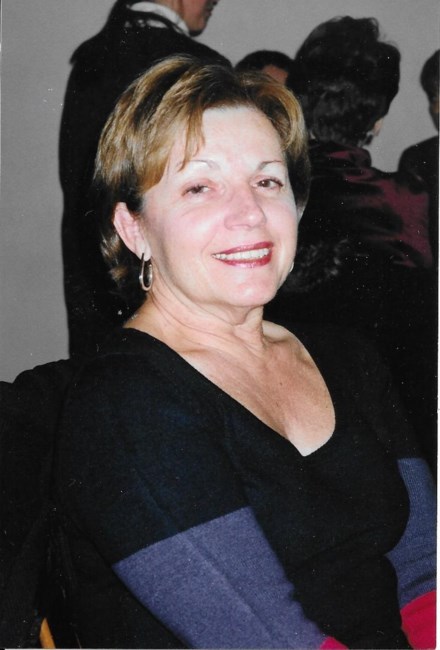 During the afternoon of July 30, surrounded by her family, Stella Comeau passed away at the age of 80. Stella leaves behind her husband Gary, sons Ken(Lori), John(Lise), Grandchildren Shane(Jess), Amanda(Yves), Sarah(Dylan), Shannon(Nick), five great Grandchildren and her cat Obie. Stella also developed a special bond with her sister-in-law Anne and they often referred to each other as sisters. Stella was born on April 7, 1942 in Gaspe Quebec. She was one of four siblings born to Louis and Mary Howell, all of whom have now passed. They lived in a small town in Quebec named Sandy Beach for a few years. During this time, Stella’s dad travelled to Ontario in search of work and once he secured employment, he sent for the family to join them. Stella was a long term employee at Rockwell Automation (Allen-Bradley) and retired in 2002. Stella was always happy and greeted everyone with a smile. She enjoyed travelling with her husband Gary and they were able to vacation in many places around the world. They were often joined in their travels by her sister Maureen and husband Dennis as well as her sister-in-law Anne and husband Tony. Stella became a passionate gardener and spent countless hours researching plants. She not only knew the common names for many plants, but the botanical names as well. Stella enrolled in Landscape Design and Horticultural courses and shared her knowledge by designing landscapes for some friends and neighbors. In fact, Stella rapidly became the neighborhood consultant with anything plant related. “ The world will be a little duller without her bright smile and giving heart.” In lieu of flowers, Stella’s family is asking that donations be made to the Alzheimer’s Society. A private funeral is being held.
See more See Less

In Memory Of Stella Ann Comeau