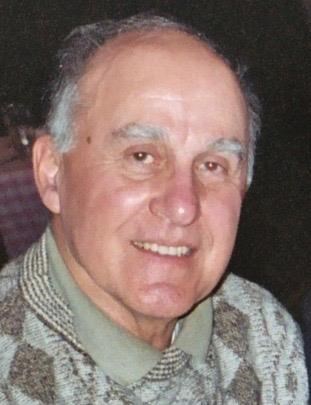 Raymond J. Acri, Sr., 93, passed away on Friday, January 21, 2022, at Messiah Nursing Home in Mechanicsburg, PA. Born on August 18, 1928, Raymond was the youngest son of the late Antonio and the late Fortuna Acri. He was a life-long resident of the Harrisburg area. On January 15, 2015, he was preceded in death by his wife, Doris Jean Acri, who had been his high-school sweetheart at John Harris High School, Harrisburg, from which Raymond graduated in 1947. Raymond is survived by his children: Jeanne Acri (Dover, PA); Michael Acri and wife, Marilyn (Harrisburg); Diane Matrese and husband, Neil (Harrisburg); and a daughter-in-law, Valerie Acri (Dillsburg); 12 grandchildren: Kimberly DelVecchio, Kristen Hambor, Kendra DiNapoli, and Kristopher Acri; Jamie, Jarrod, and Julian Wycko; Jordan and Andrew Acri; Brandon and Erica Matrese, and Kassandra Grace; 9 great-grandchildren: Lauren Boehm, Kaylin Riley, and Nicholas DelVecchio; Millicent and Jake Hambor; Ethan Wycko; Connor and Parker Acri; and Hunter Grace; and 2 great-great-grandchildren: Luke and Anderson Boehm. He is also survived by his sisters: Edith Kochenour and Helen Lappano. He was predeceased by his son, Raymond J. Acri, Jr., in 2006; his brothers: Romualdo, Adolpho, Ercol, Albert, and Armond Acri; and his sisters: Auralia Lewis and Esther Lewis. Before his retirement, Raymond was employed by the Reading Railroad, later Conrail, where he was an engineer piloting trains in Southern Pennsylvania, Maryland, and New Jersey. In his younger years, he enjoyed hunting and fishing with his sons and brothers; however, later in life, Raymond enjoyed no activity more than entertaining his grandchildren, great-grandchildren, and great-great grandchildren, but working in his garden was a close second. He planted fruit and nut trees, including peaches, pears, cherries, Italian plums, and walnuts, and became an expert at grafting branches of different varieties of fruits to his existing mature trees. He grew and tended black raspberry plants, the fruit of which he and his wife Doris made into wine and jelly; and together they canned or froze the many vegetables and fruits in his garden. He also grew delicious cantaloupes, and would invite his siblings to his house for cantaloupe and Bocce games in his spacious back yard. Raymond, together with Doris, traveled extensively in the U.S. and Europe with some of his many brothers and sisters, with whom he was very close, including a trip to his parents’ hometown in Italy, where they were welcomed by the townspeople, and visited what had once been his parents’ farm. A Mass of Christian Burial will be held at 11:00 AM, on Thursday, February 3, 2022, at Good Shepherd Church, Camp Hill, followed by placement of his ashes at Gate of Heaven Cemetery, Mechanicsburg. A dinner reception will be held at Good Shepherd Church afterward. Please note: The family requires attendees at mass to wear a mask or be fully vaccinated. (Masks will be available at the entrance to the church.) In lieu of flowers, a memorial donation can be made to the Alzheimer’s Association at act.alz.org
See more See Less

In Memory Of Raymond J Acri