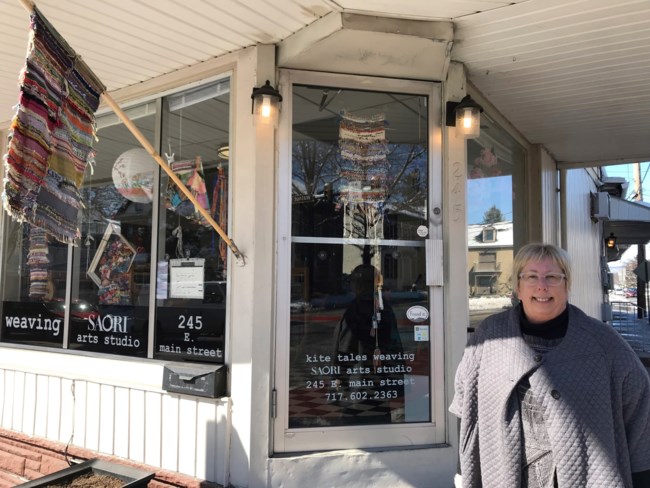 Tara Kiley-Rothwell passed away June 29,2021 after spreading light, color and positivity amongst her family, friends and and kindred spirits in her world of weaving and fiber arts. Tara was born in Cincinnati, OH on December 28, 1962 to Charles V. Schwallie and Patricia Schwallie(Kiley). The youngest of three siblings by 12 years, and as her older brothers Gary and Bob were off to college, she excelled in school and after experiencing foreign exchange studies in Denmark graduated from Princeton HS in Cincinnati in 1981.She met her best friend Linda Malcziewski (Speidel) in 3rd grade and they have sustained each other through long separations of time and geography for the past 50 years. She developed her interest in hand crafts knitting and cross stitch early in life which inspired her later artistic passions. Post high school she attended the University of Wisconsin Madison graduating in 1985 and was a member of Kappa Alpha Theta sorority. She continued developing her sense of style in the decade of colorful fashion (and hair) and evolving her musical preferences from Bobby Sherman and Barry Manilow to The Police, Van Halen and her all time fave Michael Stanley. Just before going off to college, she met the love of her life, Michael Rothwell and they were married in 1986, living in Cincinnati. She had early forays into banking and the travel industry, but then focused on raising their two sons and immersing herself into supporting their educational and athletic endeavors. Seeing them succeed and mature was her greatest pleasure. As Mike’s career advanced, they moved to Pennsylvania and as the boys were furthering their education and careers, she began developing and exploring her long suppressed interest in weaving. After being taught traditional weaving by her beloved mentor Tom Knisely, she was inspired to explore her own creative spirit and began studying and training in the art of SAORI weaving, traveling to Japan to learn and receive certification as a SAORI nstructor from SAORI no mori in order to pursue her dream of having her own studio to share this creativity and art form with others.. This dream was realized and Kite Tales SAORI Weaving Arts Studio was opened in late 2016 and gave Tara tremendous joy, not just from the art but from the deep connection she felt with many students. Tara was very active in the Lancaster Spinners and Weavers Guild, the Central Pennsylvania Handweavers Guild, Mid Atlantic Fiber Associationand the annual Sheep-to-Shawl competition at the Pennsylvania Farm Show in 2018, 2019, and 2020. She introduced Saori weaving to that event for the first time in 2018. Tara was preceded in death by her beloved mother Patricia Schwallie(Kiley) of Cincinnati, OH and oldest brother Gary L. Schwallie of Centennial, CO. She is survived by her loving husband of 34 years, Michael Rothwell. Also she is survived by her dear sons, Dylan Rothwell and his partner Lizzy Kosin of Washington DC, and Liam Rothwell and his partner Hailey Alvey of Flagstaff, AZ. She is survived by and will be forever missed by her brother Robert Schwallie and his wife Deborah Schwallie(Bailey) of Camp Verde, AZ and Cincinnati, OH. She passed peacefully surrounded by her loving family and friends. Her spirit, inspirational attitude, and ever present smile and laughter will be missed by the many friends, neighbors, colleagues and students whose lives were touched by hers. Celebrations of her life and memory will be planned in the near future as will plans for furthering her interest and passion for SAORI weaving . Go to studio website: kitetaleshandweaving.com Condolences: Neill Funeral Home Camp Hill PA www.dignitymemorial.com
See more See Less

In Memory Of Tara Kiley-Rothwell