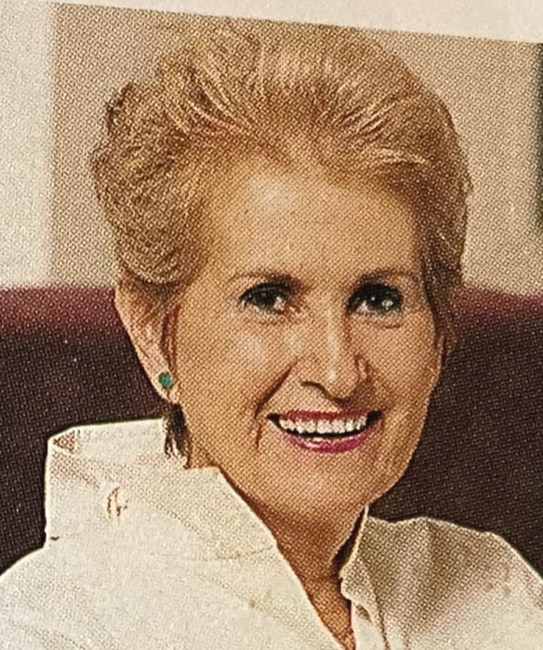 Beloved and extraordinary - Louise passed away on September 17, 2021. Dear wife of 65 years to the late Lewis Averback. She is lovingly survived by her 3 children & 2 daughters-in-law Randy Averback, James & Kathy Averback, David & Amy Averback, 6 grandchildren Danielle Frankel, Mathieu Frankel, Max Averback, Justin Averback, Ian Averback, Isabel Averback and 4 great grandchildren Logan Frankel, Abigail Pellicano, Connor & Brynn Frankel. A life well lived and a testament to what is possible when one is both gracious and determined. A Trailblazer - Having attended art school, she worked as a young woman traveling between New York and Boston for her role at a design firm. She married Lewis Averback, her husband of 65 years, in 1946. While raising her 3 children, Louise established herself as interior designer and independent business owner, an uncommon feat for a young woman of her generation. An Artist & Explorer - In addition to her beautiful work designing homes and businesses, including the Oval room at the Copley Park Plaza in Boston, in the early 1940's she began making annual trips to China to source items for her design business, sending home a shipping container each year with her beautiful finds. She made this trip 12 times over the course of 2 decades. Louise loved traveling the world (despite having fallen into the Nile River during her time in Egypt), and was fond of the many local elements that she was able to bring back from her adventures (see: beautiful walking cane necessitated by said fall in the Nile). A Loving Wife, Mother & Grandmother - After beating cancer, Louise continued to take on projects well into her “retirement” to Florida in 1996, as well as continuing to play a very active role in the care of her Grandchildren. Spending summers around Boston and Cape Cod, making sure that everyone had a hot dog by the pool or the extra dinner roll that she so enjoyed. A full stash of Raisinets, Klondike bars and Costco muffins could always be found in her home (and extra freezer), just in case anyone needed a snack. Impressively, her reputation for her stubborn will is far exceeded by her graciousness and the care with which she chose to both support and entertain. Hosting a regular bridge club in her home for decades, she and her sisters held the most wonderful family gatherings to mark the holidays and special events. No doubt she’ll be playing bridge on the other side, and hopefully spending time with the beloved family who passed before her. Her legacy lives on with gratitude and appreciation in those she so lovingly helped to shape, and who have learned so much by her tremendous example. In her last few years, Louise’s life was no doubt lengthened and lifted due to the excellent love and care of her amazing team - Addley Boateng-Bonsu, Florence Afari & June Burns. Her children and extended family are forever grateful for their presence and tender, loving care. Louise considered them family, and so do we. A graveside service will be held on Monday, September 20 at 12:45 PM at Sharon Memorial Park, 40 Dedham Street, Sharon, MA. In lieu of flowers, donations in Louise's memory may be made to an organization that supports Alzheimer's Disease research or the Dana-Farber Cancer Institute, P.O. Box 849168, Boston, MA 02284-9168 or online at www.dana-farber.org
See more See Less

In Memory Of Louise (Lehner) Averback