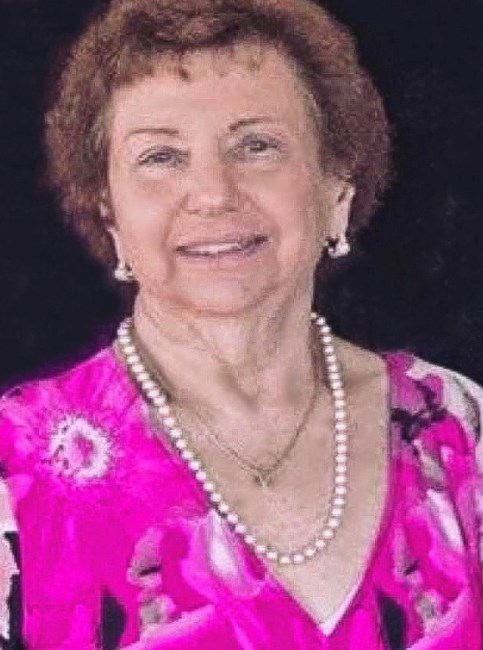 Miriam E. (Mendelson) Pofcher of Canton, Massachusetts entered into rest on September 22, 2022 at the age of 83. Beloved wife of the late Stanley M. Pofcher. Loving daughter of the late Maurice and Jennie (Gudes) Mendelson. Devoted mother of Eric Pofcher of Canton, Anne Pofcher of Beverly, Faye DiGirolamo of South Easton and her partner Rick Viera of Bridgewater, and Sheryl Buckley and her husband William of North Carolina. Cherished grandmother of Caroline and Michael DiGirolamo of South Easton and Kyle and Jennie Buckley of North Carolina. Miriam was born in Boston and was a graduate of Jeremiah E. Burke High School Class of 1956 and attended Boston State Teachers College. She met the love of her life, Stanley in 1957. They were married for 54 years before his passing in 2013. She worked at Pierce Middle School as a teacher’s aide in Milton, and then in 1989, she found her dream job at Boston Mutual Life Insurance Company as an insurance operation administrative assistant retiring after 28 years there. She loved her job at Boston Mutual Life where she met her lifelong friends. Miriam loved gardening, spending time with family, and she was so proud of her grandchildren and loved them with all her heart. She loved to be around people. She joined the Chabad Chai Center of Canton with Stanley and son Eric where she met her closest and best friends. She loved her religion and was very proud of being Jewish. Miriam loved going to temple where she was her happiest. Chapel Service will be held at Stanetsky Memorial Chapel, 475 Washington Street, Canton, MA on Friday, September 23rd at 11:00 AM, followed by burial at Ostro Marshoe Cemetery, 776 Baker Street, West Roxbury, MA. In lieu of flowers expressions of sympathy in her memory may be made to the Chabad Chai Center of Canton, 580 Washington Street, Canton, MA 02021 or online at www.JewishCanton.com.
See more See Less

In Memory Of Miriam E. Pofcher