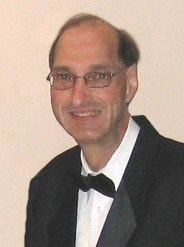 Ronald “Ronnie” Neal College of Hanover, Massachusetts entered into rest on September 19, 2022 at the age of 69. Loving brother of Jeffrey College and Joyce College and her husband Alan Goldman. Dear son of the late Simon and Anne College. Cherished grandson of the late Pauline and Louis Richmond and the late Jenny and Joseph College. Beloved nephew of the late Ida Volnitsky, late uncle Samuel College, and the late Bob and Bertha Richmond, and the late Ben and Anne Richmond. Ronnie was inseparable from his identical twin brother, Jeffrey. Together, they were born in Boston and went on to work for Filene’s Basement for most of their professional careers. Ronnie loved to travel the world, especially on board cruise ships. His siblings deeply cherish his memory. Funeral services will be held on Thursday, September 22nd at 11:00 AM at Temple Beth Avodah, 45 Puddingstone Lane, Newton Centre, MA. Interment at Sharon Memorial Park, followed memorial observance at Temple Beth Avodah until 5:30 PM. In lieu of flowers, expressions of sympathy in his memory may be donated to the American Kidney Fund at www.kidneyfund.org or to a Jewish charity of your choice. EULOGY BY JOYCE COLLEGE It was a cool, cloudy day when two baby boys, identical twins, were born at Beth Israel Hospital in Boston. The date was Tuesday, October 28, 1952. Although there was no ultrasound to show the babies in 1952, my Mother thought she was having one baby. Even the doctor thought there was only one baby. Jeffrey was born at 9:00 am weighing a hefty 6 pounds. At 9:02, a nurse called out, “There is another baby coming!” …And so, Ronnie was born! He weighed 2 pounds, 12 ounces. This began a struggle for Ronnie to live. My Mother always credited the kind nurses at BI for the survival of both babies. Right away, Ronnie showed resilience and a fight for life. This is how he would be in many life-long struggles with health issues through his lifetime. Ronnie had many accomplishments. He learned to play the piano on his own and performed at his high school graduation. At 15, he went to work for Filene’s Basement in Boston where he stayed for 38 years until the building was closed. Ronnie loved working in the Basement. He got to know so many people in Boston, including Mayor Menino who mentioned the twins in a documentary on the Basement (Jeffrey also worked for the Basement). I’m sure you can remember the famed ‘Running of the Brides,’ which was a semi-annual Basement event. I enjoyed watching Ronnie and Jeffrey secure the infamous bridal gowns on national TV from the marauding bridal parties on the prowl for a bargain! Ronnie loved Boston. On his lunch hours, he would take 5 mile walks which would take him along the waterfront, through Quincy Market, Government Center and along the Commons and Public Garden. Once Ronnie left Filene’s, he took courses in administration and worked for Mass General Hospital and Partners’ Healthcare. He loved his different positions and was very proficient in his new field. He received great accolades from his superiors for a job well done. He had the opportunity to work in renal care, cardiology and orthopedics to name a few. He developed warm relationships with the doctors and many of the staff. Ironically, he would need dialysis in recent years. As children, our parents, Anne and Cy, would take us on long rides which would bring us throughout New England. From these times, Ronnie developed a yearning for travel. During their adult years, Ronnie and Jeffrey traveled to far-away shores and distant places including Israel, Europe, the Far East, Hawaii, South Pacific, South America, the Caribbean, Canada and the U.S. One of their recent trips took them to the beauty of Alaska. This was a special journey. Ronnie loved to cruise. Many of his trips were by ship. He became an aficionado of cruising and loved to follow the news of many of the ships and the industry. When friends traveled, he was always interested in their travels and experiences. Ronnie loved the ocean. Living on the South Shore, he would drive to Nantasket Beach and watch the waves and surf. Parking at Hull High School, he watched the international flights make their way to Logan Airport with hopes that he would soon be traveling again. Three years ago, he watched my plane from Amsterdam on its final approach to Boston. He was an avid sports lover, especially of our beloved Patriots, Red Sox, Celtics and Bruins. Ronnie and I cheered the Patriots on to a win last Sunday! His last trip was a couple of days ago to Blacker’s Bakeshop for his favorite round raisin challah! Ronnie was a good son and brother. He loved his family and friends very much. He was a gentle and kind soul who was loved by all. What do we learn from Ronnie’s life? He was resilient in his zest for living. He fought for each day. He longed to see the world as a special place. He understood the special bond a brother has for his identical twin. He was grateful for every day. The family sincerely thanks Dr. Elisabeth Brewer and her nurse Kara, Dr. Lisa Fleming and her nurses Karen and Barb, and Dr. Robert Cohen and his nurse Lisa Dumouchel for their outstanding, compassionate care as well as all the devoted clinical staffs who helped us through this difficult journey.
See more See Less