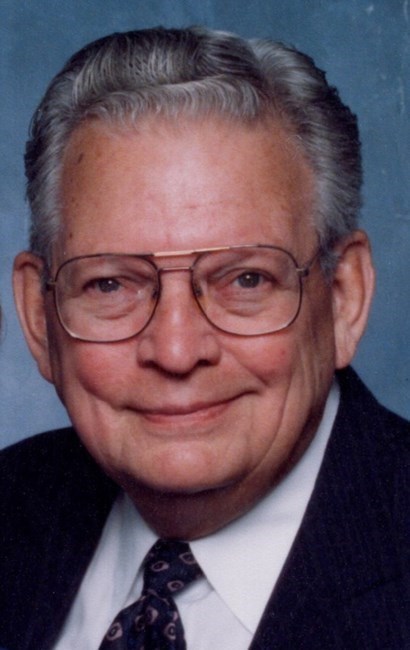 Gerald Wilson Slusser passed away on Monday, September 14th, 2020 at the age of 96. He was born in Alliance, Ohio on April 17th, 1924 to Calvin Henry and Ann Wilhelminia Kellner Slusser. Gerald was preceded in death by his parents, and his brother Duaine Leroy Slusser. A WW II veteran, Gerald enlisted in the US Navy Reserves in the fall of 1942, after high school graduation. He was served as sonarman 3rd class, monitoring the waters of the Aleutian Islands for Japanese submarines in a small wooden vessel, and later aboard a repair boat in Okinawa. He was honorably discharged in January, 1946. He met his love and partner of 72 years, his wife, June, at a YMCA dance after the war. They married September 19, 1948 at Calvary Presbyterian Church in Canton Ohio, and together raised 4 children, Rebecca Jo, Amy Michele, Susan Ann, and James Calvin. He enrolled under the GI bill, at Ohio State, earning a degree in Electrical Engineering. He went on to become certified as a Professional Engineer, and build a career spanning 40+ years at steel mills across Ohio that included Armco (Zanesville), Kaiser Engineering (Middletown), Plant Engineer of Reeves Corporation/Cyclops Division (Dover), and Chem Stress (Painesville). He established the GW Slusser Consulting Firm (Dover/Canton), from which he retired in 1999. God, Country, Family. These were the most important things in his life. He served a deacon in the Presbyterian Church in Dover. He belonged to Kiwanis. He was an avid fisherman, gardener, and woodworker. His retirement was filled with electrical and carpentry projects for the homes of his children, and never turned down a request for assistance. Gerald is survived by his wife, June Elizabeth Hodge Slusser, daughters Rebecca (Walter) Alves , Metairie, La; Amy (David) Zehnder, Clairington, Oh; Susan (Gary “Tex”), Cameron, WV; son James (Hector Pineda), Ft. Lauderdale, Fl; 2 sisters Barbara Kreuz, Canton, Oh; Donna Oswald, Magnolia, Oh; 6 grandchildren: Melissa Marie LeBoeuf (Kim Kornfeld), New Orleans, La; Stephanie Ann Alves (Wade Kimbro), New Orleans, La; Matthew David Zehnder, California; Aaron Michael Zehnder, Ohio; Katherine Rose Zehnder, Ohio; and Spencer Wilson Stern, WV, and 2 great grandchildren, Eleanor Carolyn Kornfeld, and Kim John Kornfeld III, New Orleans, La. He will be greatly missed by all. Due to the current restrictions, funeral services will be private. Interment will be on Friday, September 25, 2020 at 11 am in Sunset Hills Memorial Garden, 5001 Everhard Rd NW, Canton, OH 44718.
See more See Less

In Memory Of Gerald Wilson Slusser