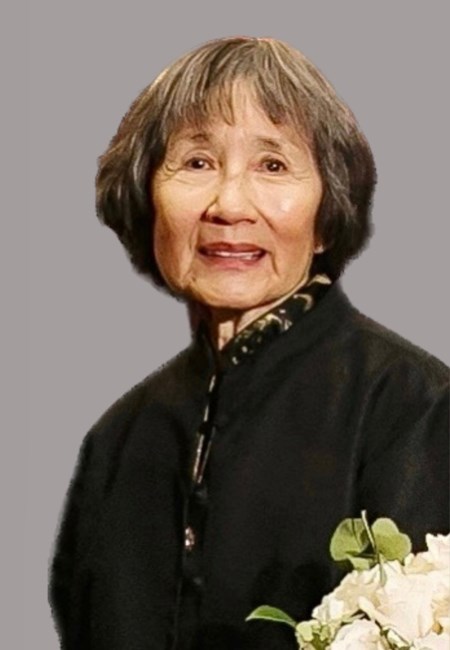 Lillian (Chu Yong) Chow Fortner, 92, of Independence, Ohio, passed away on Thursday, January 19, 2023 with family by her side. She was born and raised in the beautiful city of Honolulu, Hawaii, to Mew Ting and Git Lee Chow as the first daughter and second oldest of 8 children. She witnessed many historical events in her long life, with one of the most impressionable being the bombing of Pearl Harbor. She earned a BS from Wilmington College, where she met her husband of 60 years, Richard "Dick" Fortner. She enjoyed a long career teaching Special Education and English for 30 years in Randolph, Revere, and Akron Public Schools, until she retired. Her interests were her family and her husband, especially supporting the latter in his high school football coaching career. Preceded in death by her parents, her husband, her five brothers, two sisters-in-law, and one great-grandson; she is survived by her children, Neil (Linda) Fortner, Sharon (Rick) Seitz, Lee (Sherry) Fortner, Dale (Debbie) Fortner, and Karen Fortner Boykin; 18 grandchildren, 10 great-grandchildren; sisters, Eunice and Carolyn; sisters-in-law, Linda Fortner, Alice Chow, Jenny Chow, Verna Chow, Stella Chow; brothers-in-law, Ray Fortner, Larry Au; many nieces, nephews, and friends. Lillian was a kind person who was always patient and smiling. She was a brave young woman who left Hawaii at 18 years of age to attend college in Ohio, earned a college degree, met the love of her life, and remained in Ohio to raise her five children. The family will hold a private service, and would like to thank everyone for their words of support.
See more See Less