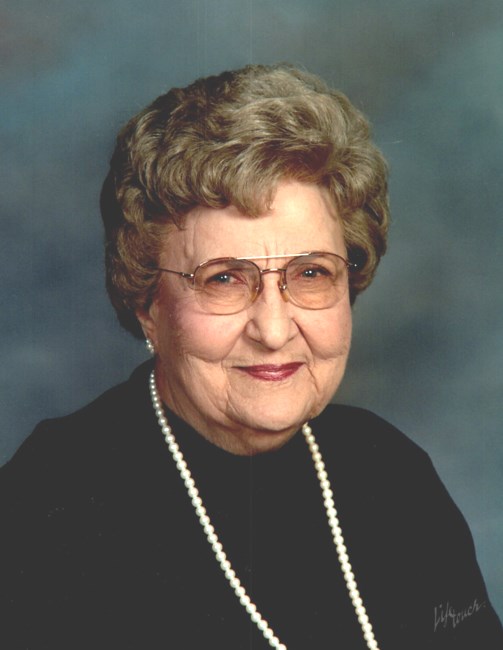 Martha was born in Texas City, Texas, June 20, 1928 to Clinton Leon and Esther Fory Williams and passed away February 12, 2020 at the age of 91. As a Methodist Minister's daughter she moved often and attended several schools in Texas, but was able to make friends quickly and easily because of her loving and warm spirit. She graduated in 1945 from Alvin High School at the age of 16. She had the highest grade point average, but because she had not attended the school long enough she was unable to be named Valedictorian. At family gatherings everyone wanted "granny" on their team for Trivial Pursuit. After high school she attended Southwestern University in Georgetown, Texas. Her senior year she was named "Miss Southwestern". She later continued her education obtaining a master's degree in guidance and counseling from what is now Texas A&M Commerce. As an adult Martha had a gift of encouragement, she was active in the churches in which she was a member and often taught adult Bible classes and played the piano for her Sunday School department. Martha's faith was most important to her and she often spoke of it to her family. We will all miss Granny's love, encouragement, kindness, wit, laughter and sweet spirit. She was married for 52 years to J. L. Heard, Jr. They moved to Canton in 1956 from Cleveland, Texas, and both worked in the Canton ISD for many years. Martha taught for 32 years. First, high school English and, then as the Canton high school counselor where she touched and encouraged many lives. Martha was active in several organizations including Daughters of the American Revolution, Daughters of the American Colonists, Van Zandt Historical Society, Jamestown Society, Study clubs, Delta Kappa Gamma and the Genealogical Society. She won many Blue Ribbon awards for her photography and poetry. She was an accomplished pianist and flutist and was a wonderful story teller, teacher and program presenter at many area organizations. She is preceded in death by her parents; husband, J.L. Heard; grandson, Don Earl Whatley; and son-in-law, Don Whatley. Martha is survived by her six children. Daughter, Martha Lynn and Larry Parker; daughter, Nancy and Keith Tucker; daughter, Judy Whatley; son, J.L. and Elisa Heard, son, Jon and Kristen Heard, son, Cary and Melody Heard. Also survived by 11 grandchildren; Hollie Reininger, Lindsay Wiemers, Matthew Whatley, Lauren Pinson, Zachary and Jason Heard, Parker, Mallory and Brooks Heard, Peyton and Jackson Heard. Martha, is survived by 7 great-grandchildren and sister, Esther Ellis. Martha had requested that Dr. Michael Burns officiate her service scheduled for 3 p.m. Sunday, February 16, 2020. Interment will be at Haven of Memories Memorial Park in Canton. Family will receive friends at 2 p.m., one hour prior to funeral service.
See more See Less

In Memory Of Martha Jane Heard