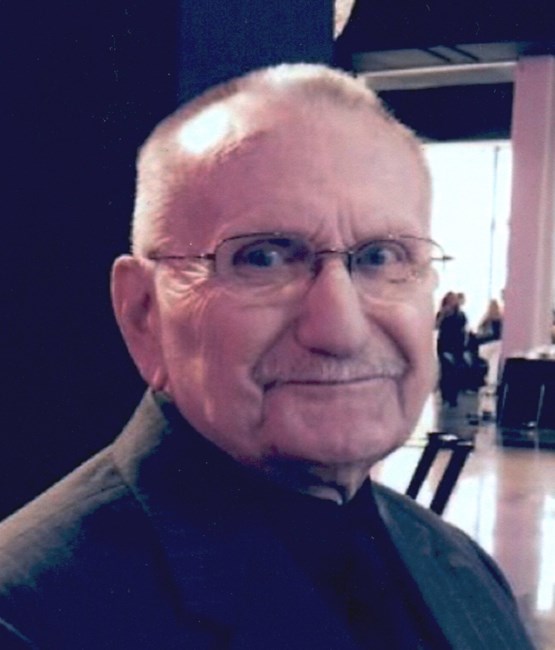 James David Ottensmann, 85 passed away on Sunday January 16th, 2022. He was born on January 1st, 1937 in Sheboygan, Wisconsin to Raymond Ottensman and Coretta Pilgrim Ottensmann . He lived in Sheboygan, WI for 31 years and then moved to Cape Coral, Florida after meeting Sally Ann. He lived here for 54 years. James was a graduate of North High School and University of Wisconsin-Platteville. He was a professional civil engineer, and had careers with Charlotte County, City of Cape Coral, and Dean Steel Buildings. He was a sweet, understanding, quiet and patient man. He loved his family very much. They took family trips to Disney World every year. He enjoyed watching cartoons, a true child at heart. James is survived by his loving family including his children, Pamela Corlieto (Bart), and Heidi Favazzo (Anthony); grandchildren, Nicole Bolebruch, Shalan Corlieto Natale, Jessica Alimonti and Bart Corlieto; great grandchildren, Nash Bolebruch, Nicco Natale, Norah Bolebruch, Luca Alimonti and baby Alimonti on the way; brother William Ottensmann; and his sister Leah Fox. In addition to his parents he is preceded in death by his wife, Sally Ann Ottensmann, and son, James Ottensmann Jr. Memorial Contributions may be made to; American Heart Association-PO Box 840692, Dallas, TX 75284-0692, American Cancer Society-PO Box 22478, Oklahoma City, OK 73123, Golisano Children’s Hospital-PO Box 2218, Ft. Myers, FL 33902. Fond memories and expressions of sympathy may be shared at www.CoralRidgeFuneralHome.com for the Ottensmann family.
See more See Less

In Memory Of James Ottensmann