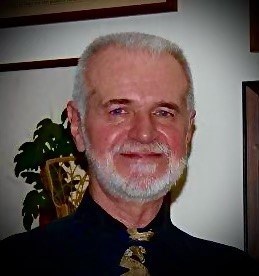 Forever loved and always remembered. During an early morning thunderstorm on January 23, Peter John Henrichs quietly passed away at Hope Hospice House in Cape Coral. Peter was born in Chicago, Ill in 1947 where he attended Saint Rita High School. He married his wife, Jean Henrichs, in 1968 and they had their son, David Henrichs, in 1972. They lived together in Evergreen Park, Ill. until 1988 when they decided to leave the cold and snow behind and build a home on Pine Island in Bokeelia, Fl. where he spent his remaining years. Peter played bass in a band in his younger years and his affinity for music carried through out his life after leaving the band behind. Fast cars were always a fixture in his life with a 1970 & 2004 GTO and several Firebird/Trans Ams sating his thirst for speed. The working years of his life were spent running an electronics repair center followed by a computer repair center for Radio Shack, a brief time of running his own computer repair business, and wrapping up his career in the IT Department at the Lee County School Board. After retiring he continued to pursue his passion in computers, all while sharpening his skills in the kitchen and following his beloved Chicago Bears. Sitting down to a good meal he prepared or at a nice restaurant with family filled his heart with joy. His wife was laid to rest in 2020 and left his heart broken. He is survived by his son and daughter in law, David & Kari Henrichs and his 2 grandchildren, Dustin Jay & Kayla Ann Henrichs. His long winded answers will strangely be missed along with his piercing blue eyes and smile. As with everyone we love, he will always live on in our hearts and minds. Fond memories and expressions of sympathy may be shared at www.CoralRidgeFuneralHome.com for the Henrichs family.
See more See Less