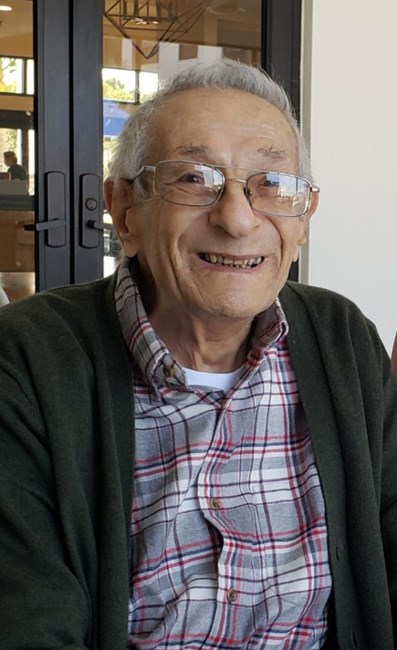 Theobaldo (Ted) DeLorenzo, 96, of Cape Coral, FL, passed away peacefully on July 30, 2022. Ted was born in Boston, Massachusetts, on June 20, 1926. He lived in Massachusetts for much of his life and then moved to Cape Coral in 1992. Ted went to College in Boston and earned an Associates Degree in Engineering. He was a Documentation Engineer in the Information Technology Industry and worked for Digital Equipment Corporation and Data General Corporation before he retired. Ted was active in the Catholic Church for most of his life and was passionate about collecting plates and figurines. He also had a lifelong love of the water and was an officer in the Coast Guard Auxiliary. Ted is survived by his nephews David E. Thomas and his wife Linda, James Thomas and his wife Lynn, and Mark DeLorenzo. He is also survived by his nieces, Linda Arnold and Susan Bouchard and her husband Robert, and many great nieces and nephews. Ted was preceded in death by his parents Michelina & Salvatore DeLorenzo, his twin brother Francesco and his wife Kathryn DeLorenzo, his brother Dominic DeLorenzo, and his sister Catherine and her husband, David Thomas. Theobaldo L will be laid to rest in Coral Ridge Cemetery, 950 Chiquita Blvd S, Cape Coral, FL 33991. Fond memories and expressions of sympathy may be shared at www.CoralRidgeFuneralHome.com for the DeLorenzo family.
See more See Less

In Memory Of Theobaldo L DeLorenzo