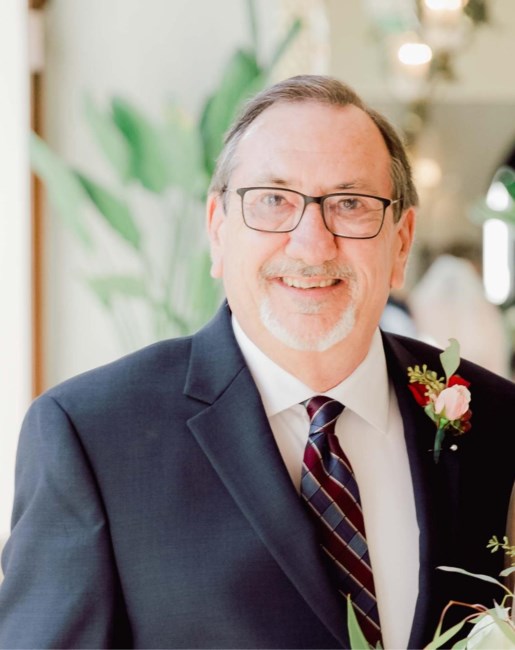 William Scott Slusser, age 64, passed away peacefully at home on Saturday, September 18, 2021. He was preceded in death by his parents, William E. Slusser and Faith “Toddy” Slusser, and his infant son, Kevin Slusser. He is survived by his wife of 44 years, Lori Slusser, his son, Eric Slusser, his daughter, Kristen Rzonca (Michael), his aunt, Zelma Slusser, his cousins Tani Salkowski, Kirk Smith, and Erik Smith, and his sisters-in-law Diane Sherry (Markus) and Janice Birr (Allan). Scott was born on October 1, 1956 in Huntington, Indiana. He spent his childhood years playing with his cousins along the banks of the Wabash River. They were like siblings to him. In 1970, Scott’s family moved to Cape Coral, Florida and he quickly became friends with his neighbors. The group affectionately called themselves “the gang”. Eventually bicycles were traded for golf clubs and Scott, Brian, Dave, and JR continued as a foursome. Scott found love with Lori at Cypress Lake High School. Three days after getting married, they moved to Tallahassee to attend Florida State University. He earned a bachelor’s degree in Business Administration. Upon graduation, Scott began his career at JCPenney where his hard work and tenacity led to several promotions. His career with JCPenney would span 24 years in five cities with many colleagues turning into lifelong friends. Scott began his second career at the City of Cape Coral in the Human Resources Department in 2007. He worked there for 12 years before retiring. For over 30 years, Scott, along with his buddies Tony D., Tony S., Lee, Phil, and Charlie, gathered for biannual golf trips. These weekend getaways always included spirited debates about college football, politics, and the best bands (The Beatles always won). Scott was an avid reader with an especially deep library of American politics and history. He also wrote short stories, song lyrics, and poetry. His work has appeared in The Storyteller, Westward Quarterly, Poet’s Ink Review, and Long Story Short. Scott's greatest joy was spending time with his sweetheart Lori. Scott was proud of his children who became curious, well-versed, and kind adults. You could always count on Scott playing his music loud, drinking his coffee black, and enjoying the evening sunset. A private service for family members will be held at Coral Ridge Cemetery. Fond memories and expressions of sympathy may be shared at www.CoralRidgeFuneralHome.com for the Slusser family.
See more See Less

In Memory Of William Scott Slusser