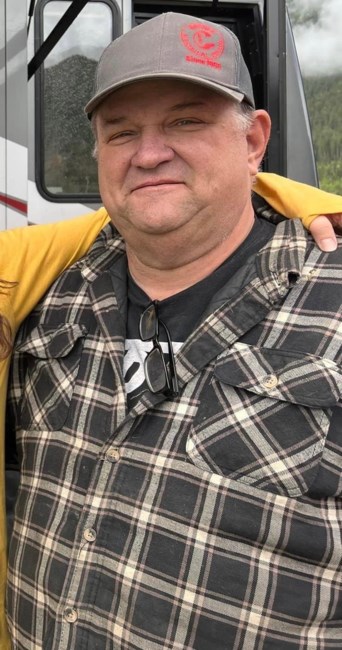 James G. Blaine Jr., 56, went to be with his heavenly father on Saturday, January 21, 2023 after a long battle with cancer. He was born in Sherman, Texas on January 15, 1967. His mother is Barbara Nash of West Tawakoni, Texas. His father was James G. Blaine Sr. of Honey Grove, Texas. James graduated from Newman Smith High School on Carrollton, Texas. He began his adult life working as an electrician with Grove Electric in Carrollton. He began working there at the young age of 13. James was a very special person, who was always willing to help others. He was very caring in all that he did in his short lifetime. As a brother, he cared for his younger brothers John and Joe. He married late in life to his beloved wife Miran, whom he loved, and said that was when he was the happiest. He is survived by his mother Barbara Nash, brothers John Robert Blaine and wife Analisa Blaine, niece Emily Sue Blaine, nephew James Luke Blaine of Ladonia, Tx and brother Joseph Marlin Blaine, Carrollton. He is also survived by his aunts Patricia Jamison Brennan and husband Jason Brennan of Dade City Florida, Margaret Eleanor (Peggy) RiceSeese and husband Leon Seese of Odessa, Florida, Uncle William Joseph Jamison and wife Debbie Brigante Jamison of Riverview, Florida and also many cousins in Florida, California, North Carolina, and Delaware, along with many friends and co-workers. He will be missed everyday.
See more See Less