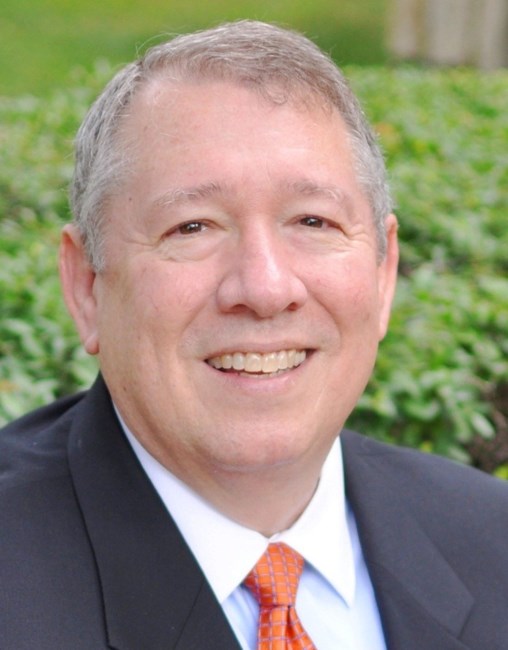 James Douglas Giffen was born on November 21, 1951 in Oklahoma City, OK, firstborn to James Daniel Giffen and Dorothy Marie Johns Giffen. He passed away of a sudden heart attack on November 29, 2012. Doug spent his boyhood years in the Tri-state area of New York, Connecticut and New Jersey doing things every boy of the 1950s loved to do. He was active in baseball, scouting, camping and cheering for the Yankee legends. Later the family moved back to their native Texas where he attended jr. high, high school and college. He then started a family and established his career in the community. He graduated from W.T. White High School in 1969, but not before meeting the girl of his dreams. He was active in choir, theater, football and track and field, but it was in drama class that he met Carolyn Spurlock. Good friends for 2 years, Carolyn finally asked him to Prom in a letter at the end of her senior year. After dating two years, they were married in 1971 after he transferred from East Texas State University to be with her at the University of North Texas. He graduated in 1973 with a BBA in Banking and Finance and later received his designation as a certified financial planner from the University of Denver: College of Financial Planning. He then began building a life-long career in the insurance, securities and investment industries working for employers such as State Mutual, A.L. Williams, New York Life, Protective Equity and Financial Strategies. In 1984 he established his own company, Capital Solutions, Inc., which operated in Cetera Financial Group (formerly Financial Network Investment Corporation). As a financial planner, Doug was sought after because of his gregarious approach, his passion for connecting with and helping people, and his ability to make complex financial issues easy to understand. Doug was a servant of his clients, but even more importantly a servant of his family and community. He gave generously, knowing every gift came from God. Much of his community and volunteer work was rooted in a desire to support and be involved where his sons were involved. He served on the charter school board of Carrollton Christian Academy (CCA) and started both the fine arts and athletic booster clubs there. His own love of sports compelled him to coach or attend countless soccer, football, basketball and baseball teams at CCA, even after his sons had graduated. He loved to play golf, as a member at Brookhaven Country Club, especially with his sons. He loved to travel with Carolyn, visiting nearly 20 countries on 4 continents. In the Good Times van, he traveled to 49 U.S. states with Carolyn and the boys. He was an avid Longhorn fan, alma mater to Danny, his eldest son. He and Carolyn both served on the Parents’ Cabinet at Greenville College and he was deeply committed to his church, First United Methodist – Carrollton (FUMC). In his 37 years at FUMC, he served on and led countless committees, youth ministry and music ministry. He volunteered on several mission teams, served for a time as lay leader, and started the church chapter of United Methodist Men. He was passionate about choral music and sang for many years both in the choir and the praise team. In recent years, Doug began singing with Sacred Song, a community choral group. Doug’s interest in his own family background and genealogy compelled him and Carolyn to travel throughout Europe, especially in recent years. He was particularly interested in Scottish history and always had a new story for the boys about some colorful character who was a distant relative. Doug loved to be together with people. Many times to the embarrassment of his family, Doug never met a stranger - or even an acquaintance. Whether he was playing Forty-Two with his family or friends, juggling two or more grandchildren on his knees, getting a laugh or three out of a crowd, or telling an old story to a new friend, Doug lived fully and joyfully. He loved Jesus Christ. He loved his family. He loved life. And he is deeply loved in return. Everyone has their very own Doug Giffen story. He is survived by wife Carolyn Spurlock Giffen, father James Daniel Giffen, sister Deborah Giffen Wiedeman, sons Charles Daniel Giffen (Emily Boling Giffen), Scott Douglas Giffen (Yvi Martin), James Ryan Giffen (Danica Fenton Giffen), and grandchildren James William Giffen, Britton Daniel Giffen, Lia Katherine Ruth Giffen, Ezekiel Martin Giffen, Eli Fenton Giffen, Caroline Collins Giffen - who affectionately refer to him as Daddy Doug. Visitation will be Friday, December 7th from 11 am until Noon at the First United Methodist Church in Carrollton where funeral services will be conducted at 12:30 pm. Burial will follow in Hillcrest Memorial Park. Arranged by Rhoton Funeral Home. --
See more See Less

In Memory Of James Douglas Giffen