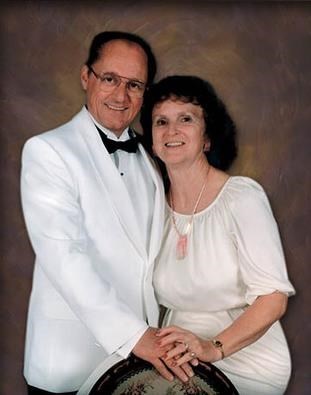 Donna Rae Nelson Jensen passed away on July 28, 2022 at age 90 from multiple causes secondary to advanced age. She was born December 21, 1931 in Salt Lake City, Utah to Charles Austin Nelson and Leola Christensen. She was the second of four children. Donna was an outstanding student in high school. She was a natural artist and eventually won a scholarship to BYU for art. She met her future husband, Val Jensen, when they were 16 and they were married in the Logan, Utah Temple of the Church Of Jesus Christ of Latter-day Saints on December 11, 1950. Donna lived in Albuquerque, New Mexico for a period of time, where she fell in love with Southwestern art and incorporated much of those themes in her future artwork. The family moved to Carson City, Nevada in 1964 where they have lived since then. Donna and Val raised five children and were very active in their church. Donna pursued her love of art in many mediums, including oil, acrylic and watercolor painting, stained, sandblasted, sculptured and fused glass. Donna and Val traveled to many places in the world and Donna would take the opportunity to visit various glass factories and galleries to learn different techniques. Her works can be seen in many Carson City residences as well as within many homes in California, Nevada and Utah. She was one of the founding members of the Nevada Artists Association, and has served as the president and in several other positions within that organization. She was instrumental in helping to develop the Nevada Artists Association Gallery in Carson City. Donna was asked by Governor Paul Laxalt to open an art display of local artists in the Nevada Legislature Building and had her own art gallery in downtown Carson City. She won many awards in local art shows for her works. Donna also consulted as an interior designer for several office complexes in Salt Lake City and St. George, Utah. Donna is survived by her husband, Dr. Val Jensen, sons Ross Jensen, Kevin (Lois) Jensen, daughters Cheryl (Tom) Hanneman and Tamara (Gary) Jones. Donna and Val have 12 grandchildren and 17 great grandchildren. She was preceded in death by her son, Lance Jensen, and her parents. Funeral services for Donna will be held in the C Hill chapel of the Church of Jesus Christ of Latter-day Saints, located at 1331 McKay Drive in Carson City on Saturday, August 13, 2022 at 11:00 AM. Those who wish to attend remotely can do so here: https://zoom.us/j/94200518356 In lieu of flowers, Donna would ask that donations be given in her name to the Nevada Artists Association by sending a check to them at 449 W. King St., Carson City, NV 89703, or the Primary Children’s Hospital in Salt Lake City, at phone number 801-662-5959 or emailing pcdonation@imail.org. Fond memories and expressions of sympathy may be shared at www.fitzhenrysfuneralhome.net for the Jensen family.
See more See Less

In Memory Of Donna Rae Jensen