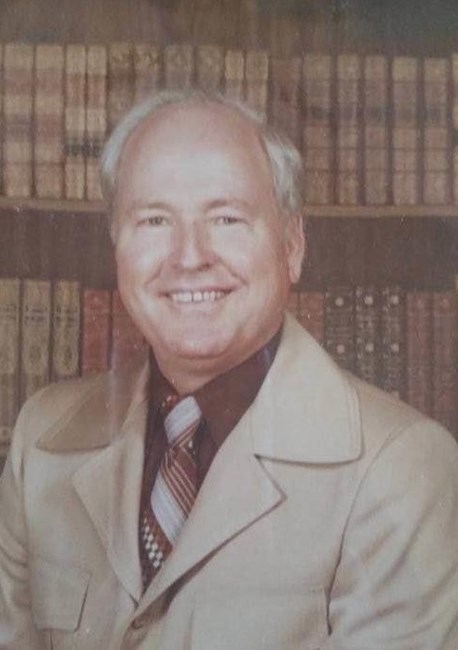 William Harold Keeney, age 90 of Cartersville, joined his heavenly father on Wednesday, July 29, 2020. He was born in Kingston, GA on February 13, 1930 to the late Robert Henry Keeney and Sarah Annie Coggins Keeney. Harold was preceded in death by his wife Edythe Keeney; sons Sammy Hall, Michael Hall; daughter-in-law, Debbie Hall. He is survived by his daughter, Cheryl (Rick) Mason, Sheila (Dave) Girgenti, Tammy (Michael) Ingram; sons, Renee (Wanda) Keeney, Tony Hall; daughters-in-law, Nancy Hall, Tracy Hall; sisters, Jackie Black, Ruth Bowman and Shirley Howard; 12 grandchildren and 18 great-grandchildren. Harold enjoyed playing the guitar, and played many years with different gospel groups. He sang gospel with his sisters back when they were young. He was a dedicated and selfless daddy to his children. Harold exemplified Christ in everything he did and he instilled the love of Christ into the hearts of his family. Harold brightened the days of all he came into contact with through jokes and stories. He was deeply loved by many and will be greatly missed by all who knew him. A Celebration of Life will be conducted on Friday, July 31, 2020 at 1:00 pm in the chapel of Owen Funeral Home with Rev. Ron Cansler, Rev Andrew Hacker and Rev. Troy Hall officiating. The interment will follow in The Grove Church Cemetery in Acworth, GA with Greg Mason, Russell Williams, Tyler Keeney, Shannon Hall, Kendall White, Nick Golden, Tim Merritt and Tony Hall serving as pallbearers. Please visit www.owenfuneralhome to leave condolences for the family. Owen Funeral Home 12 Collin Dr Cartersville, has charge of the arrangements.
See more See Less

In Memory Of Harold Keeney