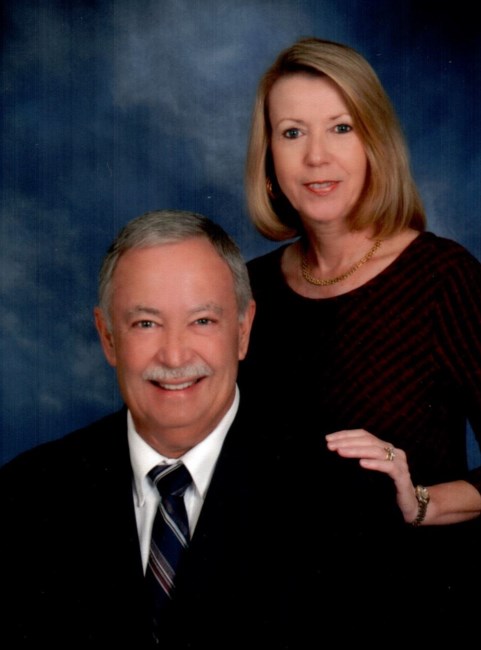 James and Carol Sue Surratt are both strolling over heaven together with their Lord and Savior, Jesus Christ. They were married on April 20, 1992. For 29 years, they loved and supported each other through the good times and the bad. Both James and Carol Sue exhibited a love not only for each other, but for their family, friends, and most importantly Jesus Christ. James and Carol Sue were both active members of Oak Hill Baptist Church in Rydal, GA where they held important roles. James was the Adult Sunday School Teacher, Carol Sue was the Church Treasurer, and both assisted throughout the years with VBS. Both were faithful servants to the call that God had on their lives. Carol Sue Surratt, age 64, passed away on Monday, August 23, 2021. She was born on January 30, 1957 in Cherokee County to Dan and Evie Puckett. She was preceded in death by her parents and Brother Donald Puckett. She is survived by her husband James Surratt, Step-Daughter Brooke Surratt Wilson (Ethan), grandchildren Ashleigh Lance (Trevor Martin) and Jameson Wilson. Her Sister Kathy Sheffield (Stanley), Nephew Colin M. Sheffield (Magan), Three great-nieces, and several cousins also survive. Carol Sue was a graduate of Cherokee High School. After graduation, she attended Reinhardt College. Carol Sue was employed for many years at Bagwell and Spears in Canton, GA. She later retired from the Bartow County Government where she worked in the Probate Office. James N. Surratt, age 67, passed away on Wednesday, August 25, 2021. He was born on September 10, 1953 in Bartow County to the late C.N. Surratt and Ella Mae Surratt. He was preceded in death by his father and Spouse, Carol Sue Surratt. He is survived by his Daughter Brooke Surratt Wilson (Ethan), grandchildren Ashleigh Lance (Trevor Martin) and Jameson Wilson. His Mother, Ella Mae Surratt, Sister, Dian Day (Jimmy), Niece Lisa Strain (Greg), Two great- nieces, a Great-Great Niece, and several cousins also survive. James was a graduate of Cass High School. After graduation, he served in the United States Air Force Reserve where he was stationed in Texas. After returning home from the United States Air Force, he was employed by Dan River in White, GA, where he worked for many years. James later retired from the Cartersville City School System, where he served as the Director of Maintenance. A visitation for James and Carol Sue Surratt will be held on Monday, August 30, 2021 from 4:00 P.M. to 8:00 P.M.at Owen Funeral Home, 12 Collins Dr, Cartersville, GA 30120. A Celebration of Life Service will be conducted on Tuesday, August 31, 2021 at 3:00 P.M. in the chapel of Owen Funeral Home. Interment will follow in the Oak Hill Baptist Church Cemetery. Owen Funeral Home, 12 Collins Dr., Cartersville, GA 30120 is honored to serve the family of Mr. and Mrs. Surratt during this difficult time.
See more See Less

In Memory Of James Newton Surratt