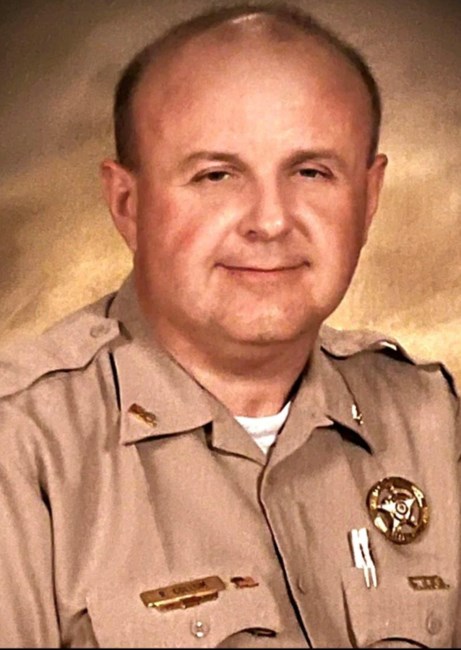 Richard Henry Collum, lovingly known as Rick, age 55, went to be with the Lord on January 14, 2022. Rick was born on February 24, 1966, in Cartersville, GA. Throughout his life, Rick was a very loving, Godly, Christian man. He was a faithful member and deacon of Rowland Springs Baptist Church. He proudly served the community with the Bartow County Sheriff's Office for twenty-eight years before retiring. Rick also spent many years as a dedicated foster parent. He was a member of the Emerson Masonic Lodge for over 30 years. On June 29, 1991 he married the love of his life, Sharon Payne. They spent the next thirty years together before his passing. Rick enjoyed many things in life such as fishing and restoring cars, but above all he enjoyed spending quality time with his family. He was a hard-working, kind, loyal, and dedicated man who will be missed by all who knew him. Rick was preceded in death by his father, Hoyt Collum and his grandparents, William and Doris Moore and Hoy and Lois Collum. Along with his wife, Sharon Collum, he is survived by his mother Linda Moore Collum, sons Brian (Emily) Collum, Bryce Collum, Byron Collum, and a special son, Chris Day; daughters, Alexis Collum, Madilyn Collum, Kathrine Collum; sister Robin (Barry) Strickland; special uncle and aunt Wayne and Carolyn Moore; nieces, Sarah Strickland and Hannah Moore; nephew, Michael Strickland. He is also survived by a father- and mother in-law who he loved very much, Larry and Sybil Payne. Many extended family members and friends also survive to cherish his precious memory. A funeral service to honor Rick Collum will be held on Wednesday, January 19, 2022 at Rowland Springs Baptist Church at 11:00 A.M. in the morning with Reverend Joe Ringwalt officiating. Serving as pallbearers will be Mike Pressley, Clark Millsap, Brian Bearden, Russell Ballard, Sammy Goble, Frank Moore, Paul O’Neal, George Angell and Carey Millsap. A visitation will be on Tuesday, January 18, 2022 from 4:00 P.M. to 7:00 P.M. at Owen Funeral Home. Please visit Owenfunerals.com to post tributes and leave condolences with the family. Owen Funeral Home is honored to serve the Collum family during this difficult time.
See more See Less

In Memory Of Richard "Rick" Collum