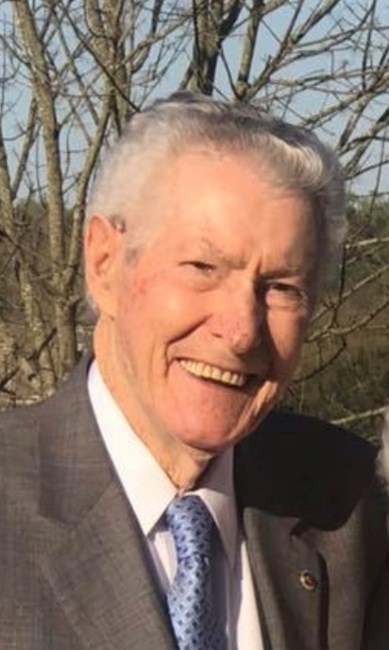 Warren Nelson Milam, age 87 of Cartersville, Ga, passed away on Saturday, November 12, 2022 at home after a brief illness. He was born to Warren Frank Milam and Rosa Lee Nelson Milam on January 12, 1935 in Euharlee. Warren served in the US Marine Corp from 1952 to 1955 and in the Korean War. He retired from Lockheed Martin after 32 years of service. He was a member of Woodmen Life and a 50-year Mason of the Euharlee Masonic Lodge #457. He was faithful member and deacon of Etowah Valley Baptist Church. In addition to his parents, he was proceeded in death by a son-in-law, Dwayne Ferguson, sisters and brothers-in-law Mary and Jim Patterson, Mattie and Elmer McAfee, Margie and Rufus Bell, and Rosebud and Charles Schwab, and brothers and sisters-in-law Ed and Ozelle Milam, James and Doris Milam, and Robert Milam. He was also proceeded in death by his father-and-mother-in-law Orbin and Elma Satterfield, sisters-and-brothers-in-law Dot and Wayne Black, Faye and Felton Gentry, Billy Satterfield, and Colleen Satterfield. Survivors include his loving wife of 66 years, Betty Satterfield Milam, children Tony and Mary Milam and their daughter Amber (Hunter) Kyser; Tina Ferguson and Clyde Pullen and their children Holly and Brad (Cassie) Ferguson and Brody Pullen; and Christie and Greg Smith and their children Bobby and Dustin McLaughlin, Josh (Sara) Smith, Daniel (Elizabeth) Smith, Rebekah Smith, Sarah (Colton) Tilley, and Rachael (Taylor) Poe, and great-grandchildren Trent, Abigail, and Amelia Ferguson, Kaine Norwood, Hudson Kyser, and Judd and Jolie Smith. He is also survived by brothers-and-sisters-in-law Francis Milam, Ann and Wallace Cochran, Buddy and Jeanette Satterfield, and Larry Satterfield. A host of special nieces and nephews also survive. Funeral service will be conducted at 11:00 am on Wednesday, November 16, 2022 at Zion Hill Baptist Church with Rev. Robby Chastain, Rev. Rodney King, Rev. Buddy Satterfield, and Rev. Jonathan Padgett officiating. The interment will follow in the church cemetery with Bobby and Dustin McLaughlin, Brad and Trent Ferguson, Daniel Smith, Hunter Kyser, Nick Satterfield, and Ryan Satterfield serving as pallbearers and Charles Simpson, Buddy Black, CL Tidwell, Larry Satterfield, Wallace Cochran, Israel Satterfield, and Larry and Jerry Milam serving as honorary pallbearers. The family will receive friends on Tuesday, November 15, 2022 from 5:00 pm until 9:00 pm at Owen Funeral Home. Please visit www.owenfunerals.com to leave online condolences for the family. Owen Funeral Hone 12 Collins Dr Cartersville, GA is honored to serve the Milam family.
See more See Less

In Memory Of Warren Nelson Milam