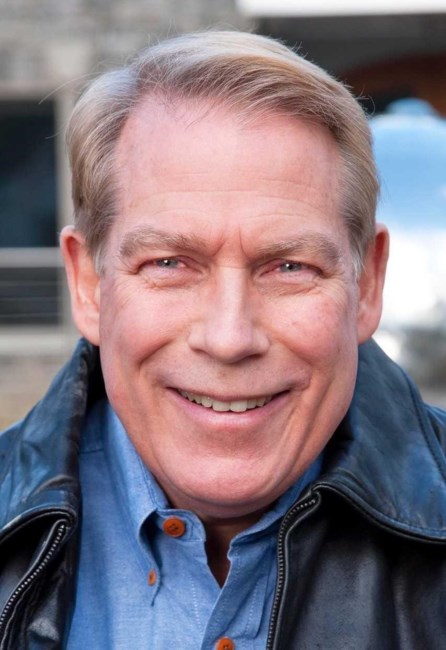 Alan (Al) F. Swanstrom, 67, passed away peacefully on November 08, 2018 with his family at his side. He found perpetual fair winds and following seas. Having been born in Green Bay, Wisconsin, Al was an avid Packers fan. He was also very proud of his father’s Swedish heritage and recently connected with his Swedish relatives. Al was an IBMer for over 30 years and traveled worldwide in various roles. During his career, Al was granted several patents. After retirement, Al dedicated his time to public service, including serving on the Town of Cary Planning Board, Wake County Planning Board (Chair), and North Carolina Turnpike Authority. Throughout, Al was a tireless volunteer for Triangle Wine Experience and Leukemia/Lymphoma Society. Al was the architect of his life and many things of beauty. He was happiest sailing and diving with his family, woodworking, working on his cars, designing a new technical solution and spending time with the “Coffee Gang.” He was an officer of the Triangle Bailliage de North Carolina of the Chaîne de Rotisseurs and a past Maître of the Triangle NC Chapter of the Commanderie de Bordeaux. Al shared his knowledge of wine and passion for culinary arts with friends in both organizations. He was a great host and welcomed friends into his home. Al is survived by his loving wife and friend of 41 years, Pamela Mason Swanstrom and his two children, daughter Jesica Anne Swanstrom (partner John Haughie), Geoffrey Alan Swanstrom, and brother Tom (wife Nancy) Swanstrom. A celebration of Al’s life will be held on November 19th at 7:00 p.m. at the Cary Theatre, 122 East Chatham St, Cary, 27511, for friends and family to attend. In lieu of flowers, memorial contributions may be made to the Frankie Lemmon Foundation, the SPCA of Wake County or the Triangle Land Conservancy. The family extends a special thanks to the staff at UNC Hospitals for their stellar care and compassion. Also, Al’s family would like to encourage everyone to become a registered organ donor. Arrangements are being made by Brown-Wynne Funeral Home.
See more See Less

In Memory Of Alan Frederick Swanstrom