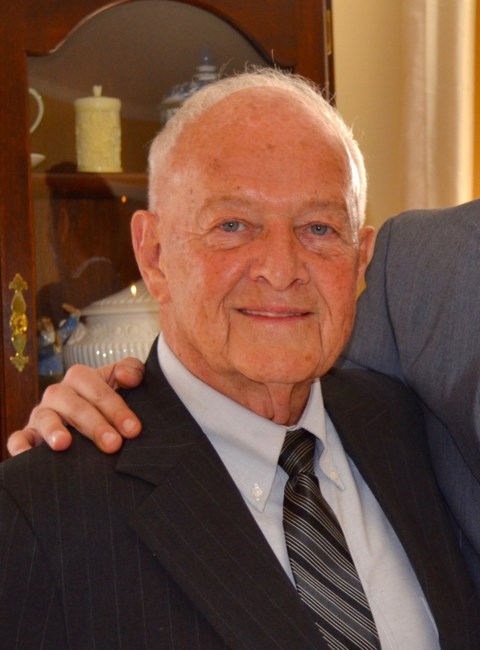 George Edward King, 91, passed away on May 12th in Cary, North Carolina. George cared for so many people and family members throughout his entire life and was ready to go to his final home to meet Jesus, his Lord and Savior and to see all his friends and family that preceded him. George was a very special, loving and giving man and will be missed a great deal. His home was in Cary most of his life and he was always very involved in local political and school issues. George attended Cary High School. He was a member of the United States Coast Guard before going to College at Wake Forest and graduating with a degree in Business. George had a successful career in the property and casualty insurance industry with the state of North Carolina. He served 24 years as a Deputy Insurance Commissioner and over 30 years as the Chairman of the Board of MCM Corporation in Raleigh, before retiring at age 86. George was born in Raleigh at Rex Hospital to the late Walter and Betty King. George was preceded by his siblings, Howard, Sarah, Gladys, Earl and Mildred and his wife Carolyn of 64 years, who passed at age 85 in 2016. He is survived by his wife of 5 years Pamela Anne McFadden King, his children Alan and George, his grandchildren Elizabeth, Micah and Avery, stepchildren Paige and Jamey, and sister Betty Peraldo as well as many loved nieces and nephews. George’s wishes were to have a private family graveside service. Condolences may be sent to BrownWynneCary.com.
See more See Less

In Memory Of George Edward King