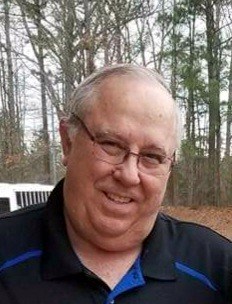 Joseph L. Diehl went to be with his wife, his eternal family, and our Lord on January 12, 2023. Joe’s life began in St. Louis, Missouri on May 9th, 1949. Joe was a dutiful son to his parents, Betty and Oliver, along with his siblings Verity and Mike. Joe’s immediate family moved around a bit over the years, finally winding up in Webster Groves, Mo, where Joe would meet his future wife Beverly while they were attending neighboring high schools. Joe would graduate high school, join the Navy, attend Boot Camp that following winter and become a Navy Sailor. Upon completing his training, Joe came home to marry his sweetheart Beverly in April 1969. After a few years of marriage, Joe would gain another title, Dad. Joe would be blessed with two sons, Michael and Bryan. Joe would coach the Little League baseball teams, go to the school events and raise his sons, all while progressing through his career, rising to the rank of Chief Petty Officer. Joe and his family moved all over the world and had many adventures before he finally retired to Pensacola. Joe continued to work in the aviation field for the Navy as a civilian contractor. In 2014, Joe lost Beverly, his wife of 45 years, after a long illness. He retired for good in 2016 and moved to be with his son and his grandchildren in North Carolina. Joe, fondly known as Papa Joe, especially enjoyed spending time with his grandchildren, all of whom he was extremely proud of. Aside from his love for his family, Joe had a special place in his heart for puppy dogs as he called them. Joe had three puppy dogs in all, Libbey, Molly, and Hector. Joe is survived by his brother Mike, his sister Verity, his eldest son Michael and his wife April, his youngest son Bryan and his wife Chantel, grandchildren Cameron with his wife Amanda, Hunter and Amber, and great-granddaughter Remington. In lieu of flowers memorial donations can be made to the Kidney Cancer Association or SPCA of Wake County. Fond memories and expressions of sympathy may be shared using the "add a memory" tab for the Diehl family.
See more See Less

In Memory Of Joseph Louis Diehl