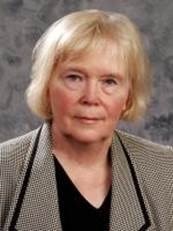 Joyce Allene Goldstein was born March 8, 1941, to Herma Mae Cotton Winfrey and Clarence Winfrey in Whittier, California. The family moved to Camden County Missouri in 1948, and Joyce graduated from Stoutland High School in Stoutland, Missouri in 1959. She attended Southwest Missouri State University in Springfield, Missouri and graduated with a bachelor’s degree in 1962. She attended graduate school at Florida State University in Tallahassee, Florida for one year and then transferred to the University of Texas Southwestern Medical School in Dallas Texas where she received a doctorate degree in Pharmacology and Biochemistry in 1968. Joyce was an outstanding scientist and made major contributions to the fields of drug metabolism, pharmacogenetics, gene regulation and toxicology. As a pioneering researcher in the fields of drug metabolism and pharmacogenetics, Joyce’s strong publication record and long history of impact to this field of science was profoundly impactful. Her most important discovery was in the field of pharmacogenetics to explain interindividual variations in drug disposition with the discovery of major genetic polymorphisms in the CYP2C19 and CYP2C9 genes. These discoveries were the foundation for further work, by her and others within the field, and enabled a clearer understanding of the genetic variation for widely-prescribed drugs. Joyce was admired by most of her peers in the field. From the earliest years she stood shoulder-to-shoulder with many of the giants in the field of drug metabolism research, something few other women can claim even today. Her scientific publication record was exemplary with more than 163 peer reviewed papers, and 25 book chapters/review articles. Her two most prominent publications on the CYP2C19 gene have together received more than 2000 citations by others. She was given the ISI Highly Cited Author in Pharmacology Award in 2006. Her career at NIH/NIEHS culminate at the Senior Biomedical Research Service (SBRS) level, which designates the best class of NIH. Joyce’s last role was as a Scientist Emeritus at the National Institute of Environmental Health Sciences at the Research Triangle Park in North Carolina. Throughout her career, Joyce valued the importance of collaborations. She was driven and determined to work with the best in the field around the world, and to forge impactful research. She also fostered a spirit of camaraderie with her laboratory staff. Many of the friendships that started many years ago, are still strong to this date. She took pride in making the best scientific decisions, even though, at times, it was a daunting challenge, or it was unconventional relative to the current thinking within the field. In a global race with top researchers in the field to identify the gene responsible for the polymorphism, Joyce relied on her collaborative work with top international scientists to sequence DNA from phenotypic poor metabolizers, which eventually unraveled the mystery. The life of a scientist is defined by the knowledge they create, the partnerships they forge, and the legacy they leave behind. Joyce left an indubitable legacy of novel discoveries and inspiration to her apprentices; who went on to lead their own successful scientific careers. In a time when there were few women in the high ranks of drug metabolism and toxicology, Joyce’s contributions will last for generations to come. In 2018, Joyce was recognized by the International Society for the Study of Xenobiotics with the North American Scientific Achievement Award. She travelled to Montreal to attend the society’s international meeting to give a lecture and receive the award. Joyce was preceded in death by her parents and two brothers, Lyle Keith Winfrey and Gerald Wayne Winfrey. She is survived by her husband of fifty-five years, Robert J. Goldstein, a brother, Clyde Winfrey of Richland, Missouri and a sister, Jeane Arlene Winfrey of Jefferson City, Missouri. Joyce will also be mourned by her large professional family of colleagues, post-doctoral fellows and research technicians.
See more See Less

In Memory Of Joyce A. Goldstein