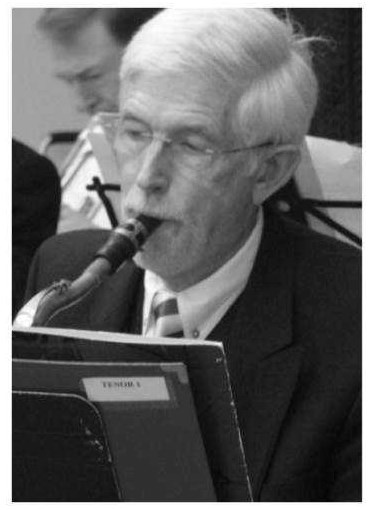 Victor Owen Cordle, age 76 and lifelong resident of North Carolina passed away January 20th, 2022. He was the husband of Cheryl Anderson Cordle. They shared 51 years of marriage together. Born in Roanoke Rapids, North Carolina, Owen was the son of Vernon and Doris Cordle. Owen grew up in Raleigh and Cary, NC. He graduated from Cary High School then earned his bachelor’s degree in engineering at N.C. State University. After graduating, Owen joined the 82nd National Guard Band and was employed by the N.C. Department of Transportation in Raleigh and worked as a civil engineer in the Materials and Testing department for 45 years Owen’s hobbies included spending time with his family, attending church, going to UNC football games, swimming, writing and playing music. Owen loved playing the saxophone and the flute with the Raleigh Jazz Orchestra, The Moonlighters, and the First Baptist Church of Cary band. He has also played with legendary music groups such as Gladys Knight and the Pips, Bob Hope, and The Spinners to name a few. A solo performance of Owen playing “The Pink Panther” with the N.C. Symphony is one of the families most memorable. Owen had a deep passion for writing and has written jazz columns and jazz concert reviews for the News and Observer, Jazz Times and Downbeat Magazines. Owen is published in the N.C. Encyclopedia on the subject of jazz. In the church, Owen served as a deacon, a Sunday School teacher and a community church organizer for the annual Christmas food drive for families in need in Cary. Owen married Cheryl Anderson on November 14th, 1970. They had two daughters, Jennifer and Jaime. Owen was a devoted husband and father, always selfless, kind, humble and patient. He was a faithful man of God, a sharp dresser, and never met a dessert he didn’t like. Owen is survived by his wife, Cheryl, daughters Jennifer Cordle and Jaime Kennedy and her husband Brian, his brother Robert Cordle and wife Susan and their children Jason Cordle and his wife Kristen and Rebekah Maestri and her husband Richard , sister in law’s Patricia Wells and Rita Kester and her husband Walter, brother in law Andy Anderson and his wife Betty and several nieces. Funeral services will be held on Friday, January 28th, 2022 at 2:00pm at Brown-Wynne Funeral Home, 200 SE Maynard Rd., Cary N.C., 27511 with burial at Raleigh Memorial Park in Raleigh, N.C. The visitation will be held from 1:00pm to the time of service.
See more See Less

In Memory Of Victor Owen Cordle