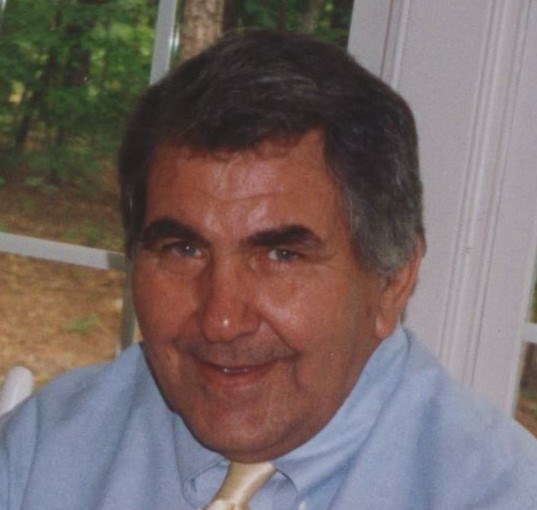 On Monday January 17, 2022, the Crabtree Family lost their hero, William Crabtree, Jr. passed away at the age of 81. William (Bill) Crabtree Jr. was born in Washington, DC on March 4th, 1940, to Laura Belle Mattingly and William Crabtree Sr. In his younger years, Bill was a great outdoorsman and enjoyed hunting with his dog, Bob. Throughout his life, Bill loved sports, especially football. While attending Dunn high school, Bill served as co-captain of the football team, earned All-State recognitions, and competed in two Shrine Bowls. He was recruited by many schools including Clemson, Notre Dame, Duke and Alabama but decided to become a Tarheel. His talent and academic achievements earned him a full scholarship to the University of North Carolina at Chapel Hill. He then went on to play professional football until several injuries ended his career. Shortly after, Bill wed Beverly Young and started a family. Bill excelled in everything he did. He started Crabtree Paving and grew it into a thriving family business. When the family moved to Raleigh, his extensive knowledge of the construction industry helped numerous start-ups succeed. Bill maintained a small-town attitude and never knew a stranger. You always had a friend in Bill Crabtree. Bill seamlessly moved into his role of Papa to his thirteen grandchildren and was his happiest spending time with them. Towards the end of his life, Bill had limited mobility. Despite limitations, he still made it to every sporting event, concert, and ceremony. Even if it meant he had to watch from his truck, at the top of a hill, catching glimpses of the game from between the trees. He was always there and always will be. Though he will be missed by all of us here on earth, we know we can always count on Bill to be there in our hearts. If you asked a hundred people who Bill Crabtree was, you would get a hundred different responses. An athlete. A storyteller. An entrepreneur. An oyster connoisseur. But to his loved ones, his biggest role was that of a father and much-adored grandfather. He frequently planted seeds of knowledge to inspire them to grow their faith, humbly wanting each to be more and do better than him. Effortlessly making everyone around him feel valued and worthy of love. Bill walked down many paths but always with the same character. Never judging, never expecting anything, instead always delighting in the small pleasures of life. Bill is survived by his sister Celie Godwin, brother Eddie (Fonnie Mae), former wife Beverly Crabtree and his children Tony (Johanna), Christian Sr, Ronnie, Michele Horne (Clayton), William III and his 13 grandchildren: Chandler, Cameron, Sam, Zoe, Isabella, Elke, Mia, Charlie, Christian, Casey, Ramona, Laura Jet, and Michael. A memorial mass will be held on Thursday, February 3 at noon at St. Michael the Archangel Roman Catholic Church in Cary, NC. The family will receive friends following the service at Prestonwood Country Club Ballroom. In lieu of flowers, donations can be made to St. Michael’s.
See more See Less

In Memory Of William Crabtree Jr.