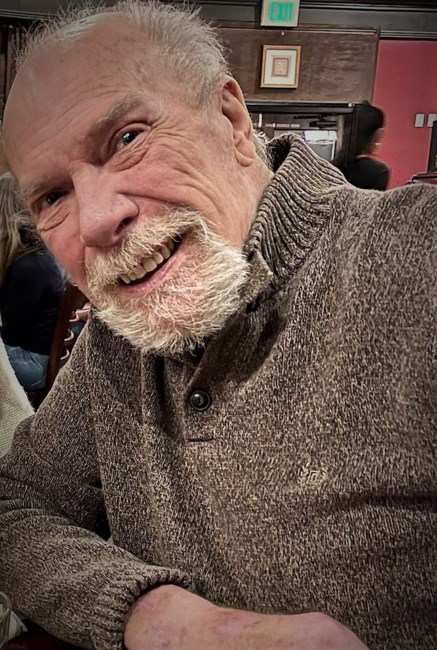 On Tuesday, January 18, 2022, Gerald J. Carlson, loving husband, father of two children and two stepchildren, Grandfather to seven and Great-Grandfather to three, passed away at age 80. Gerald was born on December 17, 1941, in Winthrop, Minnesota to Jewel and Gloria Carlson. Gerald left home directly after graduating from Atwater High School and joined the Army where he served in Vietnam. He transferred to the Air Force and retired after 20 years. He later had a successful career in telecommunication sales up until his official retirement. During retirement, he tutored math at Clear Sky Elementary School in Castle Rock. Gerald's military career had him living all around the world from The Philippines to Hawaii to Germany. He loved to travel, and his latest adventures were an Alaskan cruise and Rhine River cruise with his wife, Linda. They also spent many a vacation camping in the great outdoors where he was forever in search of that elusive, giant fish. Gerald was known to have a dry, sarcastic sense of humor and loved to tell jokes. He is survived by his wife of 27 years, Linda, two children Scott and Debbie, and two stepchildren Brian and AJ. Video link for Gerald's Memorial Video - https://urldefense.com/v3/__https://drive.google.com/file/d/13ag3Jryk8_r4_4mCbNZsbn_8wFkOZxCe/view?usp=sharing__;!!M2D_dUfSiN4E!b3Z0usydw9ln_sLdyRaXB23IuKLFydZF_hHPln608lsxnwsiLJjJ-ErAnqAq-KV5Zf8cc6IHbg$
See more See Less

In Memory Of Gerald Jewel Carlson